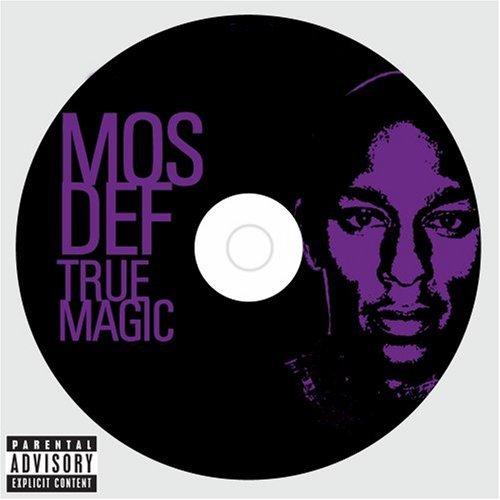 Review: in 1999, Black on Both Sides took the Hip Hop
world by storm as it witnessed the birth of a genuine emcee with not only
street credibility, but street knowledge. At a time where many believe Hip Hop
began to die (via the commercial sector), Mighty
Mos Def took on a leadership role to bring the music back to its roots. He
was praised for his unparalleled capacity for sharp and witty wordplay, but
more so for his intellect and passion for Hip Hop purity. Black on Both Sides was a classic that seemingly launched the
career of “savior.”

Five long fucking years
later, Dante Smith finally puts out
a second solo record – The New Danger.
Critics were split on this equally against the grain, yet much less “Hip Hop”
follow-up. Expectations are a bitch. The knowledge was there as were the rhymes
and passion, but something was missing. Ask me and I’ll say it was subtle
because the record was still dope. But there definitely was something the debut
had which the sophomore did not – focus.

It’s now 2007 and with the
third solo Mos Def record, Tru3 Magic, what is missing has went
from subtle to gargantuan. This LP is dope and Mos is as talented as ever, but unfortunately Tru3 Magic has absolutely no direction. Is he the traditional b-boy
or on some Electric Circus type of
far-out shit? Is he a raw and creative east coast emcee, or a seasoned vet
looking to expand horizons? All of these are cool, just not all at once. Much
more so than The New Danger, Mos lacks any sort of focus.

Remember how weird it was
on New Danger when Mos redid Hov‘s “Takeover?” This time around he gives us not one, but two
cover songs; “Liquid Swords” is now “Crime & Medicine” and “Nolia Clap”
becomes “Katrina Clap”..no wait, that was the first time he covered that beat –
now it’s “Dollar Day.” Both tracks are dope as hell, and cover songs aren’t out
of the ordinary. But when a thrown together album drops on a Friday with no
promotion – and shit, no cover art – it just seems suspect. “Napoleon Dynamite,”
“There is a Way,” “Sun, Moon and Stars” and “Murder of a Teenage Life” show up
in sequence and best reflect my gripe with the record. Aside from sounding
rushed, they just don’t blend. New Danger
was every bit as diverse and experimental as Tru3 Magic, but it still had somewhat of a steady flow and purpose
to it.

I hope I haven’t been too
harsh because the record isn’t all bad, Mos
at 10% is still better than 90% of the Hip Hop out there. There’s still some
really good music here. “U R the One” and “Fake Bonanza” are two of my
favourite tracks of ’06. Tru3 Magic
even starts off with a couple bangers in the title track and “Undeniable.”  Both
of these show off the swagger today’s Hip Hop is built on. Also, if you can
ignore the fact that two tracks are covers, and the whole album sounds like
someone snuck an audio recorder into a soundcheck, its pretty easy to love the
production. And once again, the wit and the lyrical talent is all there – it’s
the effort that isn’t. What gets me the most is that despite a complete lack of
effort and focus, the Mighty Mos Def
can still stomp the shit out of most emcees these days.