Cunninlynguists - A Piece of Strange 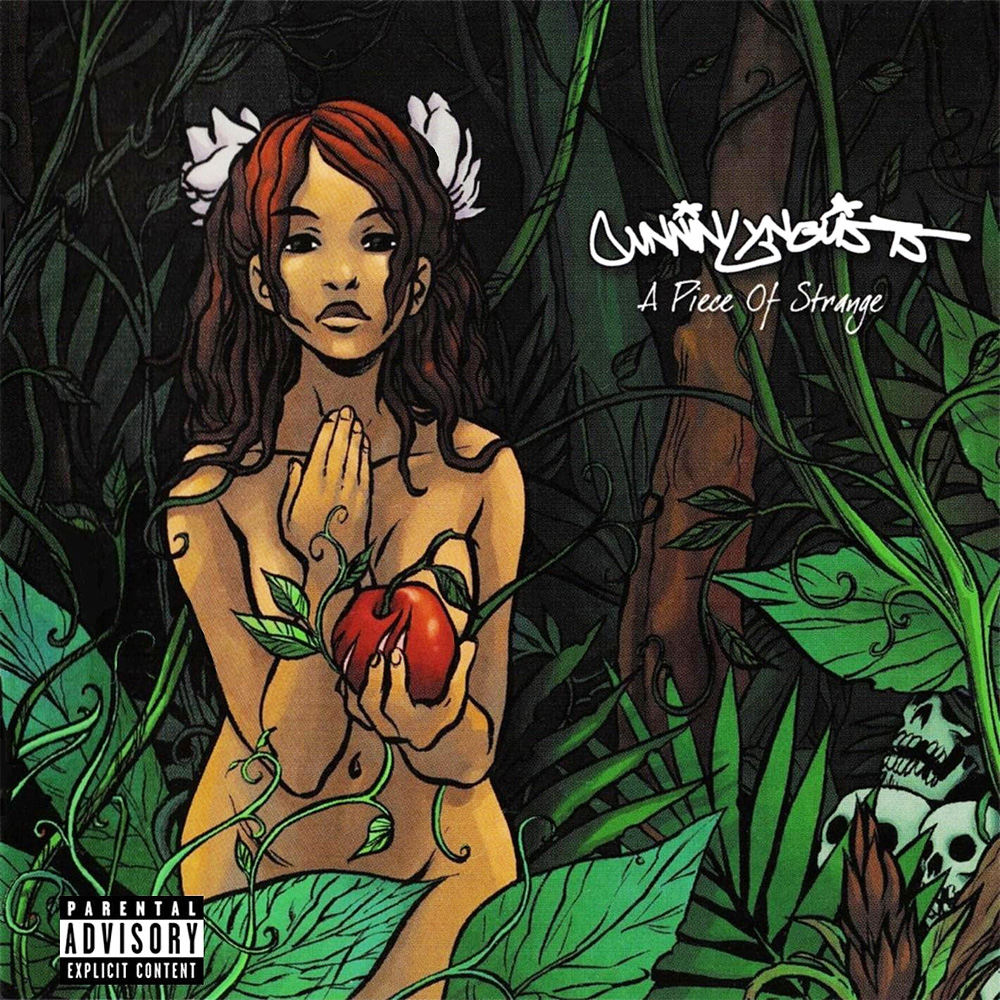 In this age of the Internet it is rare to walk into a store and buy an album without ever hearing the artist(s). Much less so when you write for a major site and you get dozens of albums in the mail in each week. Back in 2001, I was checking the latest at my local record shop when I saw Cunninlynguists “Will Rap for Food.” Hmm, clever name, clever title, and dope cover art. Why not? “Thugged Out Since Cub Scouts” has been my anthem ever since. A few years later, the southern duo (and oft trio), is one of the most talked about groups on the indy circuit.

This buzz has largely come on the heels of producer/emcee Kno. Or should I just say producer Kno since the funny-ass white kid from Kentucky has hung up his mic for all but one verse on “A Piece of Strange.” This is unfortunate as Kno is a very humorous emcee, and he seems to have taken all the laughs with him as “A Piece of Strange” is a damn serious album. This is a very noticeable change after their previous efforts were at least half goofy. Mr. SOS, who joined Deacon and Kno for “Southernunderground,” is now back to his solo career with Natti of Kynfolk replacing him.

One reason the album may be devoid of humor, is the mood that is set by the uber producer. “A Piece of Strange,” if anything, displays the incredible maturation of one of hip-hop’s finest beatsmiths. Just see the dramatic keys of “Nothing To Give” or the twang of the guitars on the beautiful Cee-Lo assisted “Caved In.” It is the flame throwing “Hellfire” that steals this show though. Matching the sonic seriousness is Deacon and Natti giving personality to Kno’s moods. “America Loves Gangsters” explores America’s fascination with violence while “Brain Cell” delves into those people locked up, mentally or physically. Tonedeff lends a hand to “The Gates,” an incredible sin dispute at the gates of heaven with Deacon.

One thing that hasn’t changed is their album is yet again chopped full of excellent music. Be it the silky “Hourglass,” the Pete Rock’ish “Beautiful Girl” or the Immortal Technique assisted “Never Know Why.” For many this album will be a disappointment, because it is not what they were expecting. Others may just be astonished at how much they have grown over the course of three albums. Song for song, it isn’t better than their last effort, or maybe their first, but as a cohesive, front-to-back effort they have outdone themselves.