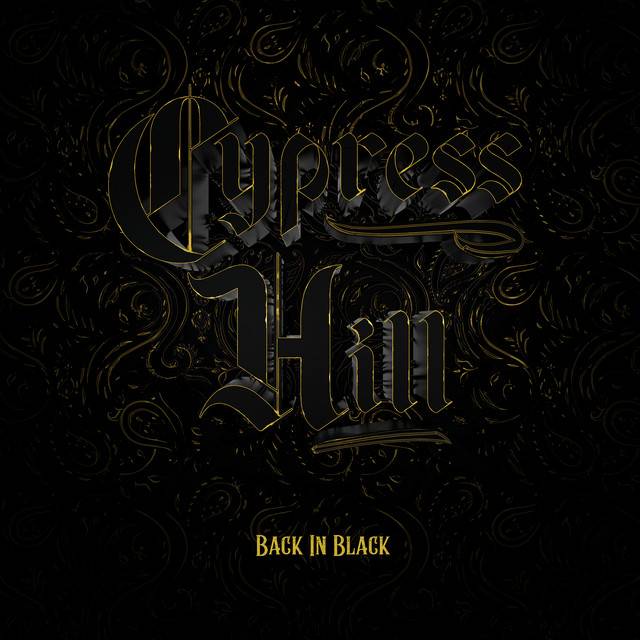 After delivering three highly influential albums at the turn of the ’90s, Cypress Hill found themselves a bit adrift. Seemingly hoping to expand their audience the group leaned more heavily into their rock-indebted proclivities. Noticing the burgeoning amalgamation of rap and metal, DJ Muggs, Sen Dog and B-Real began to carve themselves a space in the venn diagram between Rage Against The Machine and Public Enemy.

Their pivot worked from a career standpoint, as Cypress Hill has spent the last three decades as a pillar of pop culture. They’ve maintained a constant presence, bouncing between co-headlining tours with the likes of Slipknot and The Offspring to arena packages with fellow stoner rap magnates such as Snoop Dogg and Wiz Khalifa. 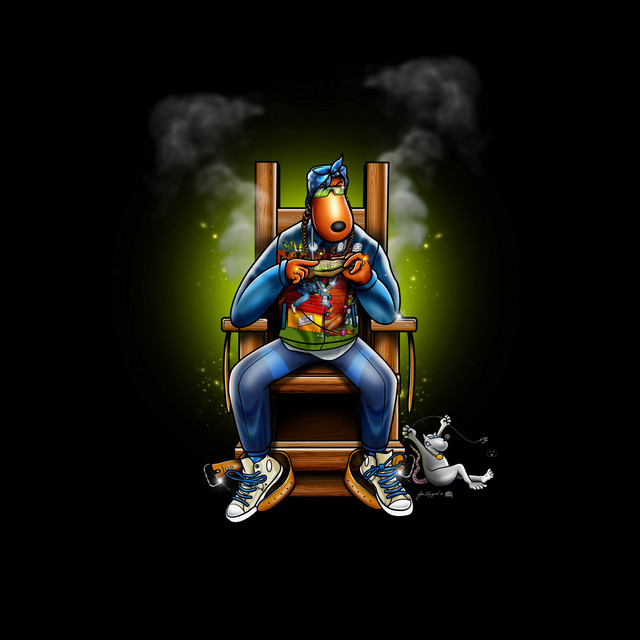 Their music, however, churned in place with the kind of drop D aggression found on Disturbed and Puddle of Mudd records. After 2004’s relatively uninspired Til Death Do Us Part, the group began to splinter. Sonic architect DJ Muggs found his attention pulled to other collaborative projects. He helmed the Soul Assassins collective and became a one-man finishing school for crops of hungry East Coast rappers. Cypress Hill languished for a while, touring steadily and dropping a repackaged greatest hits collection almost every year.

The group reunited with Muggs in 2018, handing him full musical control for the sprawling, psychedelic Elephants On Acid. That album’s highlights sit among Cypress Hill’s best work since Temple of Boom. But at its worst, Elephants tipped into the loopy, carnival barker zaniness found on any Psychopathic Records release.

Cypress Hill’s biggest — and most successful — experiment yet comes in the form of Back In Black, a lean, straightforward Hip Hop album. Entirely produced by acclaimed Detroit beatmaker Black Milk, the album is the most nimble Cypress Hill project in almost 20 years.

For the most part, tapping Black Milk for production is an inspired choice. The best Cypress Hill songs have a heavy-lidded blurriness about them, as if the drums and instrumentation each exist in adjacent smoke-filled rooms. Black Milk keeps the group’s tendency toward the hallucinogenic intact but sharpens the edges a bit.

His best moments — like the snaking snares and organ drones of “Come With Me” or the blunted Detroit techno of “Hit ‘Em” — find a kind of synthetic trippiness that feels more like pulls from the vape pen than hits from the bong. When he opts for more organic sounds, he juxtaposes rippling vibraphones and guitar licks with tight, close-mic’d drums. The grooves hug the grid but leave plenty of space for B-Real and Sen Dog to explore the pocket.

The rigidity of Black Milk’s rhythms allow the two veterans to make a compelling case for their technical mastery. While the beats snap into place, the seasoned MCs find ways to ooze around the metronomic boundaries. B-Real’s performances are especially adept, often switching from his distinctive staccato to a behind-the-beat cadence within the same verse. Sen Dog drags his flow slightly out of sync with Milk’s snare hits, creating a hypnotic rubberband effect. As a whole, Back In Black sounds as though this new configuration of Cypress Hill has been working together for years; it’s clear the group and Black Milk have natural chemistry.

The lyrics are pretty standard Cypress Hill fare: weed rules, politicians should get a clue and Los Angeles is crazy. It works well when paired with Black Milk’s tenser, more restrained beats but falls flat when Milk offers them something more stadium ready. “Certified” buries an echoing vocal sample beneath John Bonham-esque drums, but neither B-Real or Sen Dog seem able to supply the urgency the track demands. They attempt to sound passionate, but the lyrics don’t reach beyond a shapeless “started from the bottom” narrative and a vague shout out to the Resistance.

Ultimately, the lyrical content, no matter the scope of subject matter, lazily falls back into a smirking, uncomplicated attitude that suggests the listener just chill out despite trying to make a critique on an issue the group is deeply passionate about. “Open Ya Mind” is one exception, which begins as a searing critique of the inequalities present in cannabis legalization: “Like Monopoly runnin’ things but there ain’t no stoppin’ me/They can’t offer me a fuckin’ thing, legalize and I’ll advertise/California high in your eyes.” However, in their most clear-headed political statement, they end up pointing out the obvious without expanding upon it.

Cypress Hill have tried a number of interesting ideas that generally lack the necessary follow-through over the course of their career. They’re keen on pushing their own sonic boundaries but seemingly unwilling to dive deeper into their passions and finesse new angles.

Back In Black certainly sounds like the core duo is having more fun making music than in years past. The album features some of the best music the group has made in years but doesn’t stack up to their trailblazing efforts of the ’90s.

Cypress Hill’s legacy is secure, but their efforts to modernize their sound are underwhelming in the grand scheme of legacy rap artists. Experiments only work if you commit.

For me not as good as their previous release Elephants on Acid, but still nice to hear B Real and Sen Dog rapping over 30 years since their debut. Production is good. If you're a fan you should enjoy it pic.twitter.com/HN3rfz5wDf

I’ll admit I’m at the biggest Cypress Hill fan but I’m a huge @black_milk fan. I got this album by Cypress Hill on repeat just off the production alone. Thank you black!!!!!!!