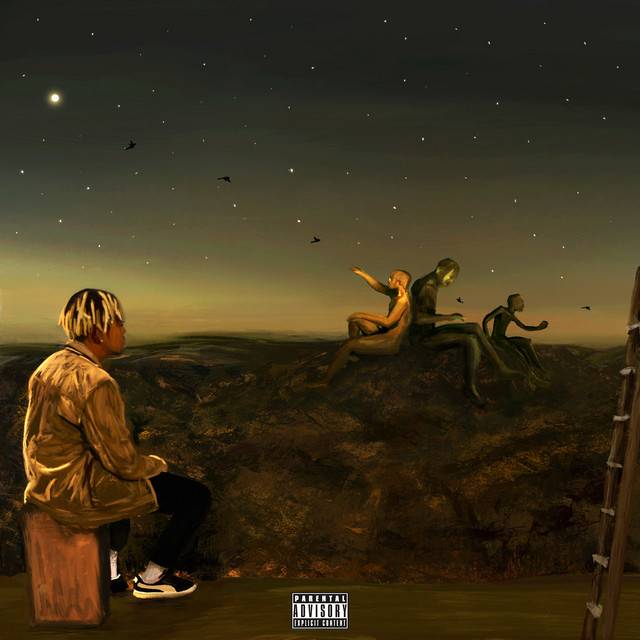 Cordae has spent the entirety of his four-year career separating himself from his peers. Once a founding member of the YBN crew, the North Carolina rapper was quickly chosen as a prodigal talent, the bard of a new generation of rappers. Through projects such as his debut, The Lost Boy, and now his sophomore, From a Birds Eye View, Cordae stepped away from the sounds of popular trap and into the realm of rap purism.

But on his latest album, Cordae spends more time explaining what he is not rather than crafting an actual voice of his own. By chasing the sounds that came before him, Cordae has lost sight of not only what his audience wants but also the middle child in a new school rapper’s body appeal which endeared him to listeners young and old in the first place.

On From a Birds Eye View, Cordae finds himself sonically copying a sound between Nas’s It Was Written and J. Cole’s 4 Your Eyez Only but not possessing the lyrical depth, technical skill or heart that made those albums so revered. Artists such as The Weeknd and PinkPantheress have helped lead the charge in the revivalism of past sounds. And while Cordae takes clear inspiration from the 90s and early 2000s, songs such as “Jean-Michel” and “Momma’s Hood” sound referential and lack the connecting bridge to the present time.

Cordae’s rapping on the album is technically sound. It’s mixed well and the production from the likes of Kid Culture, Boi-1da and Hit-Boy is polished and pristine. But ultimately, the subject matter is so diluted by clichés and meaningless sentiments that the album comes across exceptionally hollow.

Consistently throughout the project, Cordae struggles to find what he’s actually trying to say. He attempts to establish himself as different from the rest of the industry, yet creates an album designed for Award Committees rather than barbershops or Discord servers. On “Jean-Michel” Cordae speaks to the destructive qualities of power and greed, rapping: “Your favorite artist first priority is gaining wealth.” It’s a nice sentiment that’s completely undercut by bragging about making seven-million dollars in 2021 and buddying up with former Twitter CEO Jack Dorsey in the opening lines of the following track “Super.” It’s one of many contradictions Cordae makes throughout the album.

Cordae set himself up for failure with “Champagne Glasses,” a song which features the legendary Stevie Wonder and one of Hip Hop’s best MCs in Freddie Gibbs. Despite being in the presence of greatness, Cordae drops some of his least engaging bars of the album, throwing out fake-deep metaphors such as “Still high up off life” as though they’re revelatory. Eminem somehow gets worse with each passing year, and “Parables (Remix)” isn’t salvaged by Cordae’s awkward flexing.

The true moments of originality come when Cordae sets his “Rapper Hat” to the side and sings. Unlike his bars, Cordae’s melodies are organic and unpolished, even risky. Though brief, his crooning on tracks such as “Want From Me” and “Chronicles” featuring H.E.R. and Lil Durk are the album’s highest moments, with Cordae breaking from the monotony and delivering the heartfelt feeling that is sorely lacking from this album. And he can still rap, holding his own alongside Lil Wayne on “Sinister.”

Though Cordae clearly has an old soul, evidenced by his obvious emulation of Nas, Mos Def, Talib Kweli J. Cole and others, part of his initial appeal was his youthful approach to Hip Hop, an element which has been wholly stripped away on From a Birds Eye View. On “Old n-ggas,” Cordae’s 2018 rebuttal to J. Cole’s “1985 – Intro to “the Fall Off,” Cordae sparred with the Dreamville Boss’s categorization of the next generation of rappers. But instead of defending the work of his peers, Cordae attempted to prove that he’s not akin to his generation. The result sounded like a stale contemporary version of “The Kids Are Alright.”

But even if his defense of young lyrical rappers not being SoundCloud rappers was pompous, at least his passion was undisputed and the song came from a heartfelt place. And that’s one of the biggest problems with A Birds Eye View, it feels like an unearned victory lap, hollow praise, good natured advice that comes off pandering and most of all — soulless Grammy bait.

This album reeks of desperation and a desire for approval from all audiences of Hip Hop, like a kid who wants to sit at the adults’ table so he can gloat to his friends later. It isn’t for the barbershop, basketball court or long drives and it’s certainly not making rounds on the school bus or at frat parties. But worst of all, it doesn’t appeal to oldheads or Gen Z, it sits firmly in the middle: not bad enough to cause outrage, but not good enough to make you care.

Cordae seems like a good guy who’s heart is in the right place. His rapping capabilities are clearly present and his newfound singing abilities hints at some more engaging possibilities down the road. But in order to translate those skills to his listeners, he’ll need to stray from the path already traveled, quit trying to prove himself and blaze his own trail rather than trying to please every rapper dead or alive he clearly wants to become.

really tried with this new Cordae album but dude makes "i was born in the wrong generation?" music with zero flair

Yeah that Cordae album is not getting spun in this house, atrocious. pic.twitter.com/9wusVVvfdP