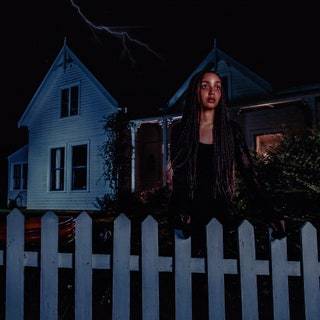 The resurgence of nostalgia as a descriptor for an artist’s music style has morphed into a double-eged sword. When reaching back to incorporate the sounds of bygone eras, varying success in execution creates a vicious dichotomy. Cheap imitations that surgically remove the heart of reference tracks get tagged with the label of “nostalgia-bait,” reeking of unoriginality and desperation. Meanwhile, tasteful callbacks that are rooted in the themes of their touchstones are lauded with praise, retaining the soul of yesteryear.

PinkPantheress, the 20-year old university student from Southeast England moonlighting as a viral TikTok star, rests in the latter category. Her songs firmly sit in the realm of 2000s UK garage, with her subdued vocals surrounded by rapid drum and bass beats that utilize iconic samples from the genre. Reworking the styles of UK garage stalwarts like Adam F and the hit “Flowers,” PinkPantheress inspires a longing for a time that most of her Gen Z fans were too young to ever experience.

Her debut mixtape to hell with it embodies the ethos of the era, avoiding the pitfalls of prior artists that latch onto nostalgia as a gimmick. With her full identity shrouded in anonymity and snippets shaped into a high-powered batch of singles, the power of the music takes the forefront.

On the opener “Pain,” she exudes patience as the “Circles” sample takes shape and her flowery “la las” fill the dreamy atmosphere. Each line pierces the memory bank due to its simplicity. “It’s 8 o’clock in the morning/Now I’m entering my bed/Had a few dreams about you/I can’t tell you what we did” she sings playfully, but in a longing tone.

Even with the shortened length (the longest track checks in at 2:33), her tracks are packed with varying melodies, registering as fully fleshed-out ideas. She wastes no time bouncing between melodies, couplets and hooks, endearing herself to the mangled attention spans of our generation. She told NPR: “It feels awkward for me to write any more than I feel like I have to.”

On tracks such as “Noticed I cried” and “Last valentines,” she embodies this restlessness. The tracks hum along at a frenetic pace while she layers her vocals over one another, weaving intricate webs of varying tones to fill the void in which longer verses would usually take up.

When she leaks into traditional song structure, it begins to feel less like a PinkPantheress song. “All my friends know” lacks the vibrant energy found on the rest of the mixtape. Here she tries something new, opting to sing a lengthier opening verse that drags along with the muted production. It’s not as sharp as other tracks, but its distinction represents a willingness to shoot from outside her comfort zone.

While it’s easy to get lost in the Drum and Bass rhythms, PinkPantheress’ voice is the key to what sets her apart. She does not work against the production, letting the beat envelop her as she soothingly whispers from the floor of her bedroom.

Hits such as “Passion” feel like hazy conversations over the phone, but her pitched-up voice allows for each word to pierce through. “And when I opened my heart in front of my friends, finally/It was not what I thought cause they’re not there anymore,” she sings as the breakbeat slides on, it registers as an intimate confessional that she’s allowed us to have the exclusive privilege to, like reading someone’s secret diary.

Her writing combines with her obscured personality to blur the lines between Wattpad fictional stories and her own reality. It can be borderline impossible to distinguish between the two, but the moments where she clues us into her own psyche. She breaks away from the vapid, cookie-cutter structure of garage lyricism to zero in on emotionality that teeters on heartbreaking.

“Nineteen” is a reflection of the confusion she felt at the titular age, muddled further by living under the uncertainty of the isolating Coronavirus. “Some days when I’m down, just a little bit, I drop myself to the floor/It’s not a problem if it hurts because I can’t feel ache anymore,” she discloses over a serene violin production. The fuller arrangement grants these confessions the space they need, encasing her emotions in an ornate display for the world to comprehend.

On the surface, to hell with it is a simple introduction to her artistry, as the pre-existing singles are joined by newer tracks that are equal, and sometimes greater, in quality. By going deeper, PinkPantheress transcends genres through the past decades, executing these re-creations with grace.

The result is dangerously addicting and affecting, where modern relatability rests on top of nostalgic production, avoiding the pitfalls of corniness and imitation. Full of soul and life, PinkPantheress’ status as social media’s newest darling is secure, as she crafts a garage dreamland that may just stand the test of time.

this pinkpantheress is for the real niggas