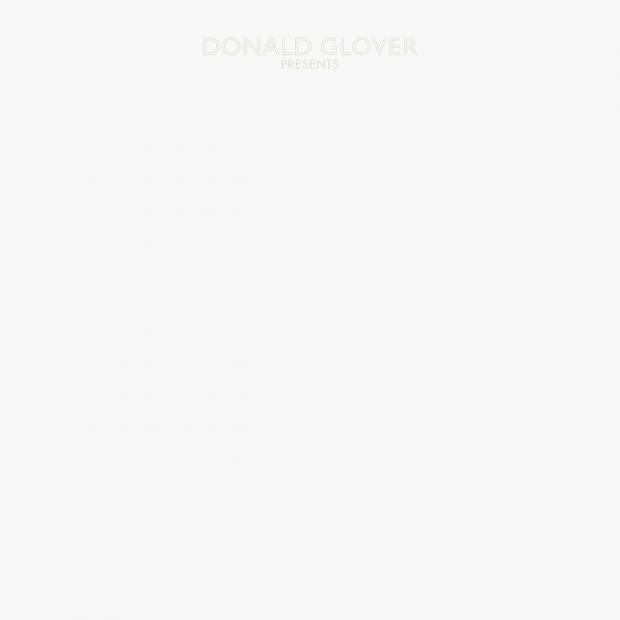 Childish Gambino surprised us a few weeks ago with 3.15.20, a 12-track project he released, pulled from his website, and re-released a week later. The resurfaced version of the album had almost all of the titles stripped from the tracklist in favor of timestamps, apparently to encourage the listener to consume the record in its entirety. This is a shame, as reference points for 3.15.20’s highs would have been valuable.

The album is an experimental foray into the mind of Donald Glover but contains nearly as many misses as hits.

The bright spots of this album are both testaments to Gambino’s songwriting strengths and frustrating reminders of what this album could have been had he stayed in a soulful groove throughout the record. The Ariana Grande-assisted “Time” finds Glover surrendering to the uncertainty of life as he ponders earth’s growing population and the possible end of the world. The lyrics themselves are impactful, but his smooth vocals and the airy sonics make this a song you could ride to with your arm out the window, catching the breeze like fat Todd in El Camino: A Breaking Bad Movie.

In recent years, Glover has drawn sonic comparisons to Prince. While that makes sense, he also is similar to Curtis Mayfield for his ability to turn heavy lyricism into groovy music. “19.10” is a lament of being a Black man in America, but Gambino shares his feelings in such an upbeat, melodic fashion that his deep sentiments can’t help but get the feet moving. This approach, however, fails to work on “35.31,” which combines musings about drug dealing with plucky guitar strings. The attempt is admirable but is too akin musically to a theme from an after-school special.

The album’s centerpiece is also its finest track. “24.19” is a doo-wop inspired, slow burn of a love song that displays enough classicism to grace a vinyl collection but enough widespread appeal to be played as a first-dance wedding song. “Feels like I’m cheating on myself, but it feels so good,” he sings on the song’s bridge, showcasing his ability to take quirky, meme-worthy quips and turn them into beautiful music.

As brilliant as these gems are, that’s how jarring and disappointing the lows of 3.15.20 turn out to be. “24.19” is immediately followed by the hyped-up war chant that is “32.22.” The track’s lyrics are barely discernible amidst a sweltering mix of aggressive sounds, made all the more disconcerting following the elegance of “24.19.” While that may have been the point, the joint is a free-fall for the album and sticks out like Michael Bublé at a Wu-Tang concert.

“Algorhythm,” which follows a needless intro, is also unlistenable. The cut’s earnest message about the dangers of social media is timely, but is delivered via downbeat vocal distortion that renders the track skippable. Elsewhere, “39.28” is hampered by lackluster sonics and Gambino’s shrug-inducing ponderings.

3.15.20’s final two tracks feel like Glover’s manifesto. “47.48” closes with a conversation about self-love with his son, Legend, which gives way into the triumphant “53.49.” “There is love in every moment/Under the sun, boy/I did what I wanted to, yeah, yeah,” he declares on the closer’s hook.

Like an episode of Atlanta, 3.15.20 takes us in various, episodic directions that are snapshots into the thought process of Donald Glover. He ties it all together with the unifying, timeless theme of love. It’s just a shame his vision was marred by musical risk-taking that falls flat almost as much as it soars.