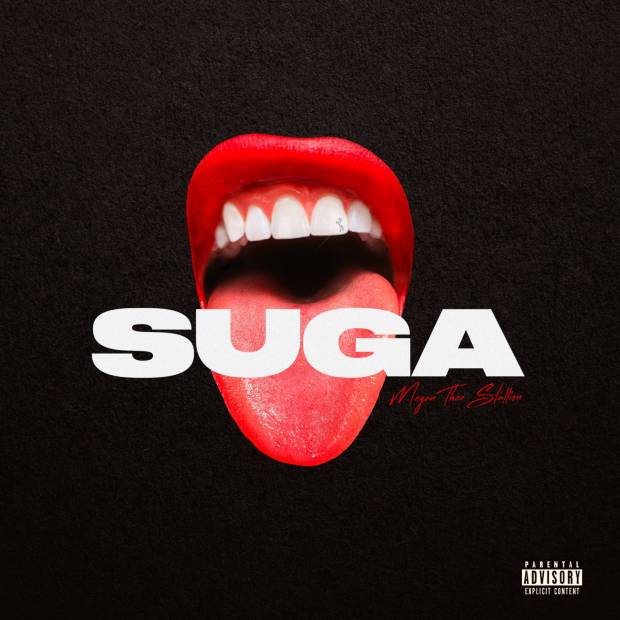 Megan Thee Stallion’s latest offering, Suga, has been embroiled in label politics. Hot Girl Meg’s claims that 1501 Certified Entertainment was blocking her new project after she tried to renegotiate her contract quickly reached a courtroom. She sued the label, which is headed by former MLB star Carl Crawford, for $1 million in damages, and implicated J. Prince as an intimidator in her lawsuit. Meg was granted a temporary restraining order to release Suga, which Crawford unsuccessfully tried to appeal.

Suga is here, but fails to live up to the controversy surrounding its release. The album is a tepid continuation of Megan’s feisty persona that adds little depth to her artistry.

“I lost my mommy and my granny in the same month,” Megan raps at the outset of the opening “Ain’t Equal.” For a moment, it seems as though she will combine her unbridled hunger with raw, personal raps for a showcase of artistic growth. Hopes are dashed by the next bar, though, as she reverts to spitting, “A bunch of bitches talkin’ down ‘cause I’m comin’ up.” What follows is more of the same content that dominated her well-received full-length, Fever, in 2019: explicit sex raps and chest-thumping bluster. Her bravado works to her advantage on “Savage,” on which she surgically pummels a formidable J. White Did It beat into submission, and still makes time for cool quips like “I need a mop to clean the floor, it’s too much drip, ooh.”

Mostly, though, this approach makes for mediocre music. Surface-level party joints like the Kehlani-assisted “Hit My Phone” pander to the lowest common denominator of college students, ones who would request the song to their Uber driver on the way to a frat house, only to hear the same song once at the frat house. Elsewhere, the money ode “Rich” features basic bars like “I love a lot of zeros, but I don’t fuck with no losers (Yeah)/Two type of people in this world and I’m a chooser (Yeah).” It’s a shame that Meg’s hyperactive flow isn’t more often accompanied by dexterous bars; the lack of illustrious wordplay makes Suga’s bland content all the more lackluster.

The production is similarly ho-hum. LilJuMadeDaBeat supplies a minimalistic beat on “Captain Hook” that allows Meg’s assertive presence to take center stage but detracts from the track with its methodical slog. Even The Neptunes fail to elevate the proceedings on the Gunna-assisted “Stop Playing,” with a beat that sounds like the music from when you’re on hold with your health insurance company. An exception is Helluva Beats’ breezy beat on “B.I.T.C.H.,” but the cut that sports the album’s finest production also features its most problematic content.

“B.I.T.C.H.” is a reimagining of 2Pac’s “Ratha Be Ya Nigga” from his classic 1996 album All Eyez On Me. The hook finds Meg declaring, “I’d rather be ya b-i-t-c-h (I’d rather keep it real with ya), ‘Cause that’s what you gon’ call me when I’m trippin’ anyway/You know you can’t control me, baby, you need a real one in your life/Them bitches ain’t gon’ give it to you right.” Megan Thee Stallion throws around the word originally meant for female dogs plenty of times throughout Suga, using it to refer to herself and other women. Here, she decides that since she’s going to be called it, she might as well identify herself as such. It’s unfair to single out Meg for her use of the word when so many male rappers snarl it unrepentantly. Still, freedom of expression doesn’t change the fact that this is harmful rhetoric, specifically for teenage girls who look up to Meg and identify with her lyrics. And yes, it was just as problematic when 2Pac declared, “I don’t want to be your man, I want to be your nigga,” while having legions of young black males viewing him as a role model.

Slight redemption for the album comes in the form of “Crying In The Car.” A gospel choir backs Meg’s victory lap, as she tenderly details how she went from tearful nights in her vehicle to wealth and success. Suga would have been well served to end on this track, but “What I Need” is a smooth coda that highlights Megan’s penchant for crossover cuts. The album’s last two songs show a measured, confident artist. If she can tap into this energy more often, her next project may be a winner. For now, though, we’re left with Suga: a frustrating project that falls short of its composer’s talent.