Review: Jeezy Outgrows His Trapper Past On “TM104: The Legend Of The Snowman" 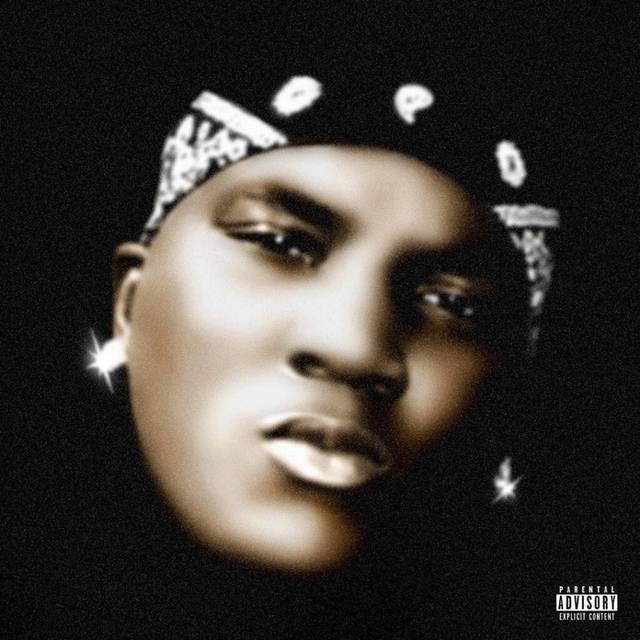 Jeezy understands his place in the culture as a real G, someone who is ten toes down on the same streets that made him. In every hood, Jeezy’s legend of moving weight and holding down his block has been told across America. Eventually, when you’ve done and seen it all as Jeezy has, there comes a time when you have to leave your trapping past behind to begin a new chapter.

Throughout his Thug Motivation series, Jeezy delivers theme music for the hustlers, writing Bible scriptures on putting that work in and evolving to the enTRAPreneur, a leaner, smarter Jeezy who has a wealth of game to pass down to the next generation.

“The ™ series represents adversity and represents the struggle, overcoming obstacles. It represents evolution,” he told Billboard. “If you look at it, it’s sturdy steps of evolution, like watching somebody grow and bigger and wiser and better.”

TM104: The Legend of the Snowman is the final installment and presumably last album of Jeezy’s career, stamping his legacy by giving fans what they want: real music with real messages. But at Jeezy’s OG status, the 18-track effort doesn’t contain the same fire as his earlier records, leaning on a familiar formula and rehashing subjects with little innovation. The charisma and passion, coupled with those clever Jeezy-isms, that made you hyped every time you run back Let’s Get It: Thug Motivation 101 just isn’t there.

The problem is the legendary Snowman has outgrown his past for good.

Jeezy opens TM104 with “the enTRAPreneur,” a biographical account of how he entered the game and became a self-taught businessman. “Streets were dead, I dropped my first album, I gave ’em life (Life) / Motivation then I dropped inspiration, I done it twice (Yeah) / Sold a few quarters in plastic, I gave ’em class (Recession, nigga) Nigga served a few on the take, that closed casket (Ayy),” he raps, then pivots to his current endeavors, “That street nigga touchin’ them millions, buyin’ them buildings (Buildings) / Nigga sellin’ water, tequila (Avión, nigga), might touch some billions (Damn) / America, they label us dealers, that’s the allure (Allure) / But the hood, yeah, they label us heroes, entrepreneurs (Yeah).” These lyrics, along with an intro and outro from American entrepreneur Gary Vaynerchuk, suggests that Jeezy has graduated from the streets, where grinding and corporate thuggin’ leads to savvy investments. This is Ted Talk Jeezy, instructing you to change your mentality in order to gain profitable side hustles.

On “Already Rich,” Jeezy and Cee-Lo Green try to approach the idea of mental wealth with veteran insight. It comes off slightly repetitive, given that Jeezy wants to keep reminding fans of a world he’s so far removed from. Lyrics such as “Nigga manifestin’ these millions, I’m still a thug / Steady buying, selling these buildings, I’m still the plug” and “You’re already rich than a bitch, it’s in your mind (It’s in your mind) / This shit is like a scavenger hunt, you gotta find it” lacks the bite that a younger and hungrier Jeezy could effectively accomplish. Instead, it’s an inanimate Jeezy running out of ways to say “go get it.”

When Jeezy turns his attention to women, he also tries to create songs for radio play. The latter half of the album aims to reach a different demographic by adding tracks with R&B hooks such as “Fake Love” featuring Queen Naija, “Play It Safe,” and “4Play” with Ty Dolla $ign. The latter samples Pretty Ricky’s “On the Hotline” and has the potential to blow as nostalgia continues to sell these days.

For an album that emphasizes its subtitle, the slower tracks feel out of place and reminiscent of the numerous attempts for a hot single found on Jeezy’s stacked TM:103 Hustlerz Ambition.

There are moments where Jeezy hits hard, though. While Pusha T gets praise for rapping about cocaine with effortless dexterity, Jeezy can do the same when he plays the character of a drug dealer holed up in the trap house. “Oh Yeah,” “White Keys,” “Mr. Pyrex,” and “Don’t Forget” serve their purpose of motivating thugs and sounds like top-notch Snowman. When he links up with his collaborators like Meek Mill (“MLK BLVD”), Rick Ross (“’06”), or Gunna (“All Night”), Jeezy is very comfortable in making quality records that are statements rather than fillers. “MLK BLVD” sees him name-checking Kanye West and Donald Trump, giving fans shades of “My President”-era Jeezy while Gunna makes a case for rap’s new go-to feature.

As far as production, TM104 is noticeably missing contributions from Shawty Redd, which would have been beautiful to see his beats on another TM one last time. So Jeezy called on an array of producers to create the mid-2000s feel elevated for modern times, tapping D. Rich, DJ Montay, J.U.S.T.I.C.E. League, Ben Billions, Lex Luger, and Ayo N Keyz.

Overall, you get a bit of both worlds: Jeezy staying in his lane, but also pushing himself to rap over unlikely production.

Jeezy saves his best song for last. “The Real MVP” is a special dedication to his mother, who is battling an undisclosed sickness. On the piano-driven track, John Legend gives power to Jeezy’s personal lyrics of regretting his decisions to chase money over spending time with her. “I thank her everyday for giving me morals, teaching me what integrity was, and how to be a man,” he told The Breakfast Club about the song. “She don’t really get a chance to see me in that light. But now ‘cause I’m of age and I have grown up so I’m not really with the [shit], she ain’t here to see that.”

TM104 could be a stronger send-off for Jeezy if he expanded from “The Real MVP,” getting deeper about his current life and the blueprint he created for Atlanta rap. What fans are left with is an album that clearly shows he’s moving on from his decades-long hustle of music to focus on his many business moves: Figgers Wireless, Defiance Fuel, real estate, Avión Tequila, and Agency 99. All are lucrative bags for an entrepreneur, but not necessarily great material for day-ones looking for that Jeezy who won trapper of the year, four times in a row.