Review: Redman & Jayceeoh Shock The Rave Circuit As 1000Volts On "Power Up" 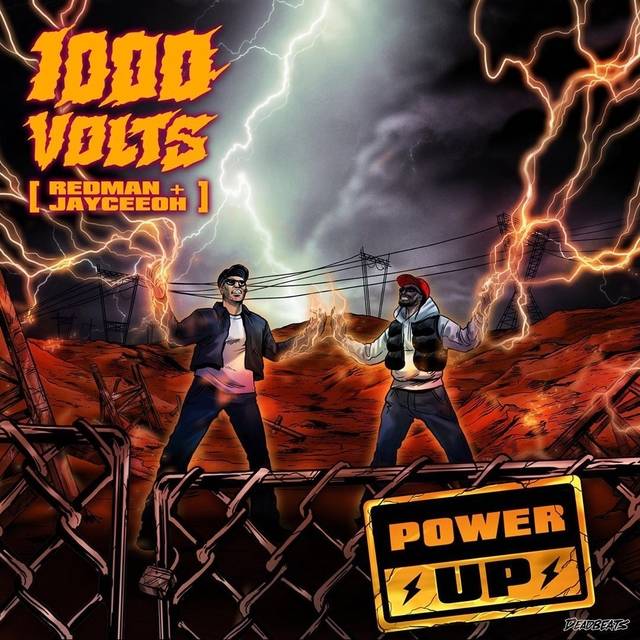 The marriage of Hip Hop and EDM is, quite frankly, a natural one. Hip Hop started out as the soundtrack to many a block party, after all, and EDM is the Gen Z version of Gen X’s raver music — a new sort of block party if you will.

That’s why when Funk Doc Extradionaire Redman teamed up with Super 7 Records’ own Jayceeoh, they created an energy that’s kinetic enough to knock down a building. Under the moniker 1000Volts, the duo unleash an unparalleled synergy in style that complements each other’s strengths while downplaying each other’s weaknesses. And their latest project — aptly titled Power Up — offers a taste of their capabilities as an unlikely tag-team.

The worst that can be said about this project is that it’s entirely too short. Six songs are nowhere near enough to appreciate the full intensity of their partnership, and it’s over before you’ve even started to get into the groove. That said, it’s certainly enough to tie the die-hards over until Redman blesses us with the long-awaited Muddy Waters sequel.

As is perhaps to be expected, there’s more EDM than Hip Hop on the album, but it works all the same. The stand-out track is the first one, “Dab It,” which features Kid Capri and Dion Timmer, and has Redman roaring and making throwback references like “We’re taking it over/And while I’m here/Let me clear my throat/Hold up, Hold up/I got that wax and weed for ya/Roll up, Roll up/Two bitches, everything come in two.” It’s a match made in EDM Hop Heaven (we just made that up and we’re sticking with it), and frankly, it’d be amazing regardless of the genre.

The title track veers too far into EDM territory to really appreciate Redman’s greatness, and the subsequent “Get Some” falls into the same trap. But the closer, “In America,” which features the Lit Lords, is from another dimension. Sure, it touches on the topical, but Redman’s lyrics pack an added power punch over Jayceeoh’s beat when he spits, “Yo, take a trip to my hood/let me show y’all what I’m all about then/Don’t trip, 1000Volts, WE ALL ABOUT IT!”

Is the Redman/Jayceeoh match-up a perfect one? Far from it. They did their thing on a few tracks, but they’ve yet to match the greatness of 2015’s “Turn Me Up Some.” Is it good enough — better than most songs out there? Most definitely.

The marriage of Hip Hop and EDM needs a little work before it can be seen as a healthy and symbiotic relationship. But with Redman and Jayceeoh — as 1000Volts — leading the charge, it’s off to a pretty good start.