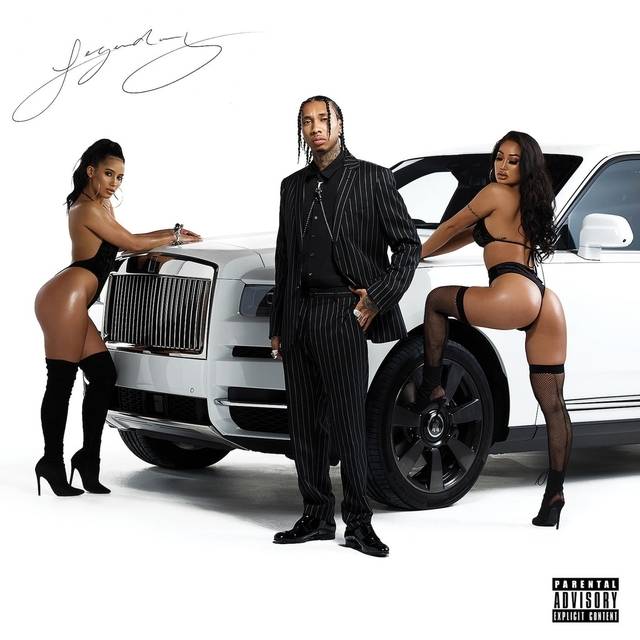 Here’s the problem inherently with Tyga: it’s not that he’s a bad rapper. He’s had more than a few hit singles — “Rack City,” “Girls Have Fun,” his guest appearance on Birdman’s “Loyalty,” and even “Taste,” which is the highest-charting single of his career. And, if we’re bothering to measure success in terms of commerciality, he certainly qualifies as a successful rap star.

For whatever reason, however, when he’s left to his own devices and commissioned to assemble an entire album of singles — a feat that should come relatively fluid given his years in the game — he falls horribly, ridiculously, how-the-fuck-did-you-screw-this-up-so-spectacularly short.

He proved it with last year’s Kyoto, and he’s proven it again with this year’s Legendary.

Part of the reason Tyga fails so miserably is that he raps about things that we all know damn well he’s lying about. (Dating a Kardashian/Jenner has its drawbacks, Micheal.) He wouldn’t be the first rapper to flex behind the mic, and he’s certainly not going to be the last — so criticism of his flexing, on its own, would be “hating,” especially since we laud countless other rappers for doing the same thing.

Tyga, however, isn’t confident — he’s arrogant and clearly over-compensating, when opens Legendary with “Too Many,”  in which he has the nerve to say “I got too many (Hahahahaha)/Money, cash, hoes, I got too many (My nigga back on you bitches)/Five, four, three hoes/I ain’t scared to admit it, bitch, I’m a menace/Living in the mansion, I ain’t no tenant (Bitch)/Please don’t harass me, get your ass finished (Bitch)/I got big Benjamins (Yeah), call me Mr. Benny (Yeah).” The “bitches” are what they are — what rapper doesn’t have bitches, really? — but when you continuously make mainstream media headlines because your car gets repossessed whilst you’re out on a date with said Kardashian/Jenner, it’s hard to stomach all that “big Benjamins” talk.

Arguably, however, one might say that Tyga’s telling the truth when he says he “ain’t no tenant.”

Tyga seems to know enough to pick out good producers, and he demonstrates that ability on “Vibrate,” in which he enlists Dupri of the League of Starz (not to be confused with Jermaine Dupri) to sit behind the boards. It’s just a shame that he spits laughable lyrics over said beat. You can’t help but scream with laughter when he rhymes — with nary a shred of self-awareness — “Money, power, bring in a dolly/I fucked a shawty, pussy cold, fucked her on a freezer/And I been had peeped it, shawty look too exotic (Exotic).” What in the strung-out stream of consciousness, Howl by Allen Ginsberg hell is this?

And yes, “Taste” is a hit, and Offset — who seems to be doing everything with everybody these days, but get your money though — does just fine on his contribution. But it’s the only true gem in a sea of a hot mess — far from worth buying the entire album for, frankly.

But the true sole saving grace of Legendary has to do with the album’s all-star production team: in addition to Dupri, he commissioned Mustard (“Too Many”), KE On The Track (“On Me,” which features a great featurette from Lil Wayne), Dr. Luke (“Haute,” with Chris Brown and J. Balvin), and longtime Young Money producer Boi-1da to sit behind the boards. The fact that the album’s production values and beats are so fire makes Tyga’s overall failure to deliver even more aggravating. How can one man have every right thing in place for his career and still not get it right?

And that’s really the harshest criticism one can lob at Tyga: he has every single correct ingredient in his artillery — all the right producers, a high-enough profile that he could follow Will Smith and Pitbull into the rarefied ether of mainstream recognition, a fair  number of hit singles to have a respectable career — but chooses to waste everyone’s time with half-assed songs as filler, rather than putting out a consistent body of work.

If Tyga’s goal is to be as Legendary as the title of his latest album suggests, he needs to do better. After all, he certainly knows better.