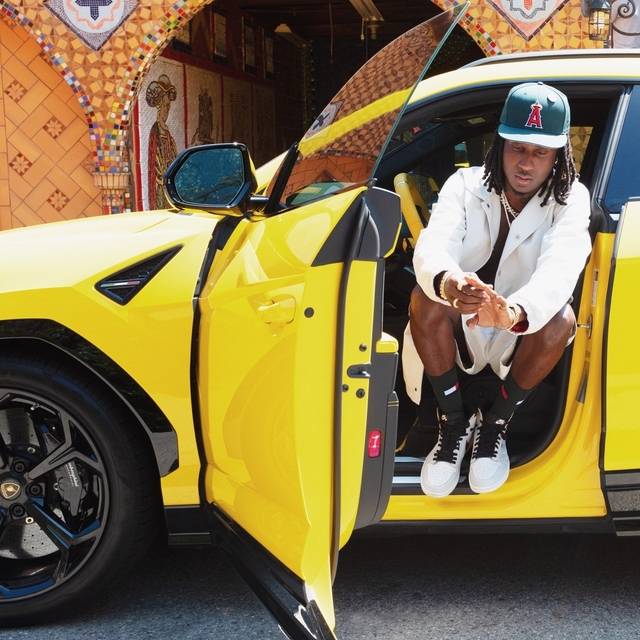 K Camp wants us to believe he’s got too many tricks up his sleeve, as he declares on “So Important” from his latest album, Wayy 2 Kritical. If that’s the case, he should have rolled up his sleeves and doubled down on creativity.

As it stands, the album is his most uninspired LP to date.

Wayy 2 Kritical is bogged down by Hip Hop tropes. There’s the chest-thumping intro with “Suicide,” the ode to the ride-or-chick on “On the Run,” and the cap tip to homies on “Bruddas.” Each time, K Camp conveys his sentiments in the most straightforward way possible. “Treat my brothers just like family” he repeats on “Bruddas.” At this point, “ball out” is a phrase that needs to quietly retire, but K Camp beats it to death on, well, “Ball Out.” The result of this ho-hum lyricism is a mindless affair from start to finish.

K Camp is far from the first rapper to eschew dexterity with a pen, and other artists have been able to turn simplicity into their strength (Jeezy, anyone?). Yet, Camp lacks the enthusiasm or flavor to carry such simple topics and bars. Rather, it doesn’t even sound like he wants to be here. The aforementioned “Suicide” finds K rapping off boasts like he’s checking them off a grocery list. “I’m with the gang, we making it work/Pour up the paint, we sippin’ that syrup,” he raps with little emotion.

The production is nearly as bland as the lyricism. “A to Z” is a blatant ripoff of Future’s “Mask Off,” while the rest of the album follows suit with standard rolling trap drums and woodwinds. An exception is “EAT,” which features flavorful piano keys that carry the track. More often, though, the listener is left with unremarkable minimalism in the form of cuts like “Slow Down.” A theme of even subpar trap albums has been catchy production (see: Hoodrich Pablo Juan). The lack of colorful production on this album makes it akin to a gray day in late March.

K Camp is at his best when singing hooks. He proves an ear for melody with “On the Run.” It would be wise for him to tap into that on his next album. He’ll need to bounce back, because it’s not too critical to say Wayy 2 Kritical is a near-complete dud.