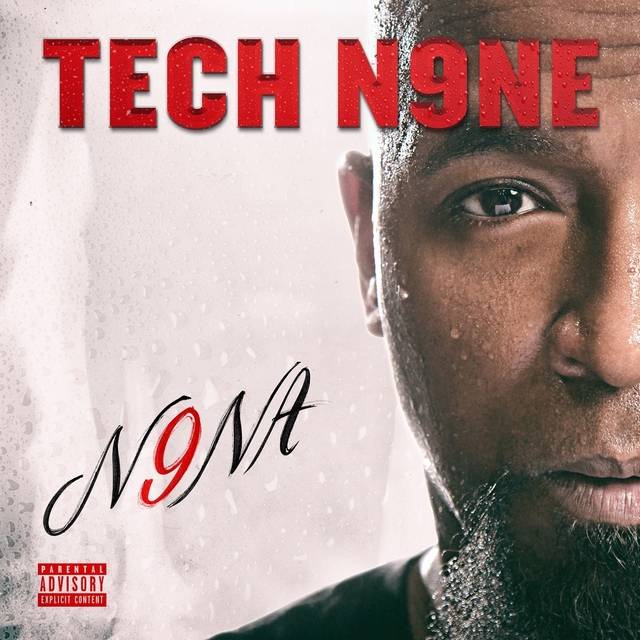 Who’s the number one independent rapper in the world? Who’s the man we call Technician Number One? Who created the medicine to navigate through the darkness? According to the intro track to his 21st studio album N9NA. Technician and navigator aside, Tech is definitely the game’s number one independent artist by a longshot.
The Kansas City native has perfected the DIY formula to the point where he’s consistently made the Forbes Cash Kings list for the past 10 years without a platinum single or major label in sight. N9NA also doesn’t have a hit single and it certainly doesn’t need one – it slots seamlessly into Tech’s fan base focused catalog.

After making those opening statements of self-assurance on the intro track, Tech gets right to rapping on “Lord of Weird” where he dishes and dazzles with lyrical calisthenics. Within the first few bars he shows off his rapid-fire multi-syllabics that could go in a Rapping for Dummies handbook. “When I first started out/Thought to myself, “Spread your heart about”/Never thought that people look at my art and doubt/Wanna bar this mouth, then they darted out” truly sounds as slick as it reads.

Despite this being his 21st album and a compilation of two previously released EPs (N9NA Collection 1 and N9NA Collection 2) Tech still makes a point to flex his résumé at every little twist and turn. Especially “Like I Ain’t” which works as a four-minute audio biopic in which Tech is the protagonist, antagonist and director. HNDRC, ItsNicklus and N4 keep the beat sweet and simple so Tech can bring listeners down his carefully crafted memory lane. From “spittin in the projects” to making “a quarter mill’ for a show” Tech N9ne/Tecca N9NA really makes sure people put some respect on his name(s).

The tracklist runs 21 songs long which is simply excessive, regardless of rapping skill. Although these astounding rhyme patterns are unique to Tech and a strong suit of his, versatility isn’t – and it shows. “H.O.B,” “Ion Memba” and “Active” are near identical tracks that employ the same devilish flow with ominous instrumentation. It’s hard to totally criticize Tech for this redundancy given the sheer amount of music he’s released over the past 15 years; in fact, it’s expected at this point. His hordes of core fans will obviously gravitate to every word he spits but Tech isn’t necessarily scooping up a whole new crop of fans with his spiritual-lyrical-miracles.

The silver lining to having over an hour of music on one project is that some gems do in fact emerge. “F’n Do It” featuring JL and Futuristic brings enough bouncy production and party-rock catchiness to live outside of the confines of the album’s tracklist. On a much darker, sadder and “fucked up” note, “I Caught Crazy (4Ever)” closes the album with a haunting look into Tech’s mental state that oddly celebrates his lifelong “crazy.”

N9NA really works as a Coles Notes for Tech’s massive catalog. Die-hard fans that have followed Tecca N9NA since the beginning will enjoy it as a recap while the small group of new listeners (if any) will get brought up to speed on the Indie King of Rap. Within the hour he sheds light on his storied past, his proficient present and his “never-ending party” future in the best way he knows how; hardcore fast rap. Gauging by the sheer tenacity in which Tech releases music, it’s safe to assume that N9NA is far from his finale but instead just a cog in his crazy.