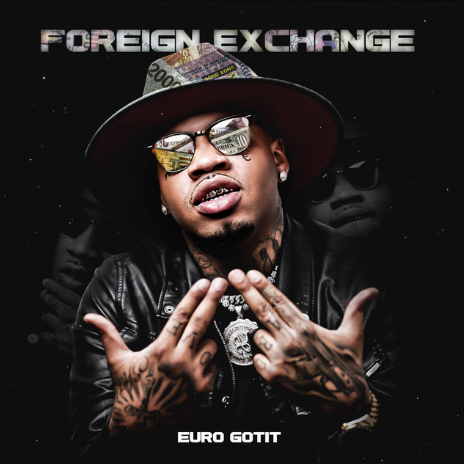 Atlanta’s Hip Hop dominance has also made them guilty of producing a daunting amount of artists touted as “one of the hottest up-and-coming rappers.” The sense of camaraderie amongst bubbling artists often lead for them to lend their talents to those a rung below, granting instant credibility. This proved especially true for Euro Gotit, whose Authentic Empire Music Group debut came out swinging with features from Lil Baby, Gunna, HoodRich Pablo Juan, and more.

Considering Lil Baby and Gunna were two of the game’s most buzzworthy tickets in 2018, Euro Goti is attempting to keep up their pace with his sophomore, Foreign Exchange.

Production wise, the 15-deep project is incredibly solid, and its dialed back guestlist give runway for Euro Gotit to prove what he can accomplish without all the star power. The end result is moderately average, aside from a few moments where the music becomes thematically taxing.

There are these amazing pockets where we’re given these introspective moments of clarity. “I Wonder” is a clear standout, where the Atlanta rapper ponders whether a woman would still be around if he were broke — and throughout the verses asks rhetorical questions along the same lines. A clear message is that he’s managed to escape his past life, and isn’t planning on going back. “Letter To God” is another spot where he shows a realization of where he came from as he wraps his mind around the changes he’s experienced, and his quest to “try to do good.”

“My Life” is another solid record, but the bulk of the remaining tracks seems to center on a very narrow focus of lack of loyalty, thots hopping on the bandwagon, and an insistence that he still keeps one Balenciaga sneaker in the streets. It’s not for lack of authenticity — by age 22 he was facing nine felony charges and two life sentences. It’s more that you have to Google that fact, as he barely scratches the surface for the most part.

The project shines best on “Ready To Ride,” where he’s his most transparent — laying out trust issues, a ready for the smoke at any time attitude, and this tense sense of pressure he deals with balancing the reality of his past with success.

While none of the other songs are inherently bad, there is a sizeable disposable chunk on this tracklist.

The generic “Shootout” sees him boasting “We made America’s Most Wanted, ain’t nobody catch us,” while the loyalty anthem “Die Bout It” echos tough talk with pretty light bars like, “I’m in the toilet ridin’ with the shits.”

There is clear evidence here that Euro Gotit is a strong contender with an ability to craft bangers. His obligatory girl song “You” feels like a radio-smash, and sets him up for some massive crossover potential. However, locking us in for 15 songs that fail to let us below the surface or showcase creative depth — especially when he has a deep backstory — isn’t a great way to solidify longevity is the streaming era.