Review: Gunna Masters The Art Of Beat Surfing On “Drip Or Drown 2” 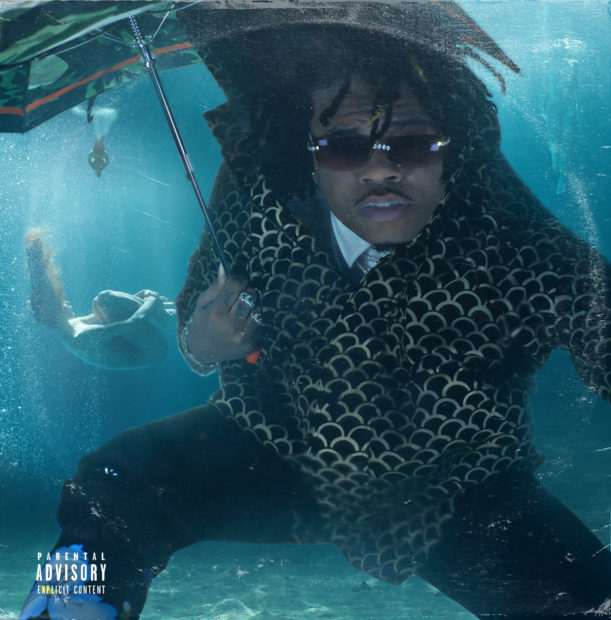 Gunna came up the contemporary Atlanta way (flood the streets and tweets with as many action-packed mixtapes as humanly possible) and is now amongst the most promising fresh acts from the school of harmonies that Young Thug built.

One of those tapes — Drip of Drown — really sparked his “you gotta hear this guy Gunna” momentum. Now the melodic dread head is back with a follow up to that acclaimed 2017 mixtape. But this time it’s an album called Drip or Drown 2 on which he is floating underwater brandishing an umbrella on the cover art.

Since his first official offering back in 2013, Gunna’s strength has been using his voice (with the support of Auto-Tune of course) as a complementary instrument to the beat – creating a woven sound that is hypnotic as the French liqueur. And now that he has access to some of the game’s most talented producers, Drip or Drown 2 benefits immensely.

Thanks to the slapping soundkits of Wheezy and Turbo, Gunna now has Pablo Picasso-level canvases to slither his slimy bars across. The earliest example of this elevated beat construction is the Turbo produced “One Call” that quite literally sounds like an underwater trap tidal wave. The lyrics on the track and on the majority of the album are a typically tangled web of a designer cloth talk, luxury car name drops and a hint of thuggish threats but across Turbo’s beat, it would be criminal to rap about anything else. Gunna is in total control.

Even on “Out the Hood,” Turb throws Gunna a crash course cocktail of equal parts acoustic guitar, flute line, laser-focused keys, rapid-fire hi-hats and 808 drums. What does Gunna do? Slides lines like “I’m out the hood, but I’m hood melodic/I smoke good narcotics, keep my diamonds polished” as if it was over a simple metronome. “Who You Foolin” and “Same Yung Nigga” with Playboi Carti are another pair of tracks that showcase Gunna’s heavenly harmonies.

Along with Carti, frequent collaborators Lil Baby (“Derek Fisher”) and Young Thug (“3 Headed Snake”) make appearances on what sound like Drip Harder leftovers. With that said, the rock-solid songs get watered down with the “meh” tracks. Sixteen songs don’t appear to be a long listen but there are instances like “Big Shot” and “On A Mountain” that miss that hypnotic tone completely. Had Gunna shaved those few cuts, Drip or Drown 2 could have been one of those rare certified no-skip albums.

This album is a big win for Gunna, an even bigger win for executive producers Wheezy and Turbo but a championship win for contemporary rap as a whole that should be appreciated by all.