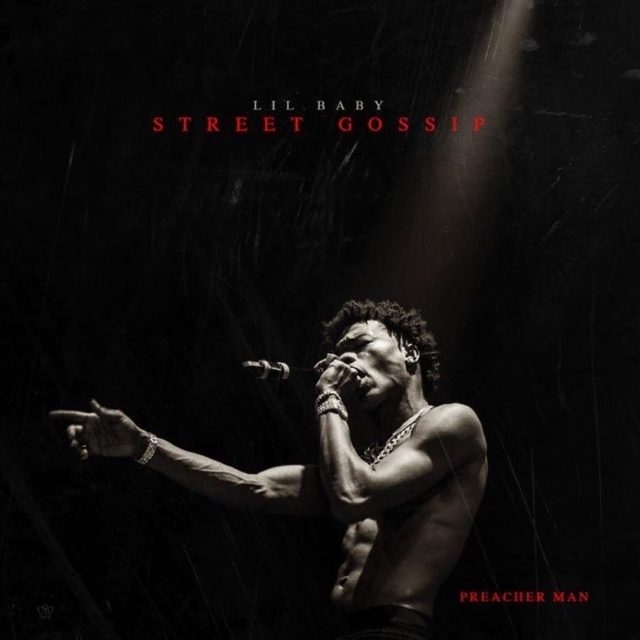 Lil Baby is undeniably one of, if not Hip Hop’s top breakout artist in 2018. Closing out an extremely active campaign this year that consisted of releasing his debut album Harder Than Ever and most recently a successful joint project with Gunna, Drip Harder, Baby is back with another project to conclude the year. The 13-track Street Gossip features a star-studded cadre including 2 Chainz, Young Thug, Meek Mill, and Gucci Mane.

Street Gossip appropriately opens up with “Global,” giving listeners insight to Lil Baby’s current mental state. This record is an introspective joint that delivers scattered recollections of his past, while acknowledging how much his life has changed in a short amount of time. He raps “Made myself a millionaire, only took a year, dawg/Thinkin’ bout what I been through, I can make a tear fall/Late night with them youngins, we was creepin’, could’ve killed y’all/We ain’t gon’ do that internet beefin’, that’s for bitches, dawg.” Baby’s effective use of melody-based rapping, reminiscent of prime Thugger, makes for a compelling listen throughout. Joints like “This Week” and the eerie Metro Boomin produced slapper “Ready” with Gunna exemplifies why even with his content based in the streets, he has had great mainstream success.

One flaw that can be pinpointed is the lack of variety currently in Baby’s style.On this release, it doesn’t disrupt the listening too much due to the tape’s brevity and distribution of features. You hear stretches of monotony on a joint like “Word On The Street,” where the looped piano that drives the beat also doesn’t do him any favors. Although this project was good enough to mask these moments, this is something to improve upon moving forward. Guest verses from Meek Mill on “Time” and 2 Chainz on “Anyway” serve as standouts, aiding the project’s clean flow.

Quay Global handles production for most of the project, and really delivers a strong batch of instrumentals. As an artist, Lil Baby is at the peak of his powers on the standout record “Pure Cocaine,” where his rapid-fire flows and melodic delivery highlight his skillset the most. There are a lot of similarities in the current wave of up and coming Atlanta artists sonically, but what separates Baby is his effortless ability to deliver untraditional trap bangers.

The tape’s outro “Dreams To Reality,” featuring artist NoCap, serves as a perfect closer with Lil Baby making it clear he doesn’t take his new situation for granted. He admits “I close my eyes, I still have flashbacks when I was in the joint/I hit my knees, I’m thankin’ God, I’m prayin’ every mornin’/I check the schedule and I’m booked up, I’m finally tourin’.”

2018 has been the ultimate come-up year for Lil Baby, releasing a large quantity of music but maintaining his quality. On Street Gossip his hot streak continues delivering another body of work will help cement him as one of the top young rappers coming out heavily saturated Atlanta rap scene.