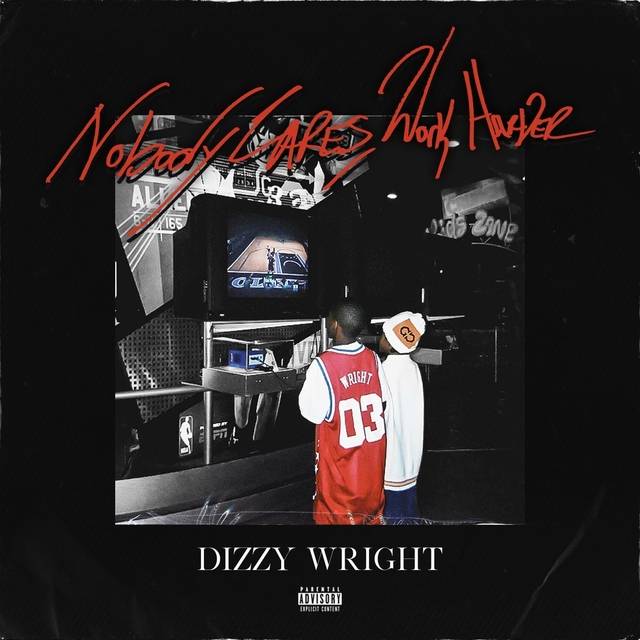 The career of Dizzy Wright thus far has been an interesting one, from being a 2013 lyricist to watch from having to bounce back after the fallout of the Funk Volume Label in 2016. Through it all, one thing the Vegas rapper has never fallen short in consistency, helping him secure a strong core fan base along the way. After dropping of an EP last summer to hold fans over, Dizzy returns with a new full-length effort titled Nobody Cares, Work Harder.

As the title suggests, Nobody Cares, Work Harder has a constant theme of motivation. Inspirational joints like “Problems and Blessings” and the project’s opener “Self Love Is Powerful” with Mozzy, effectively setting the album’s tone. On the latter, Mozzy’s signature reality raps and Dizzy’s jewel dropping make for a powerful combo as over a warm instrumental, Wright raps “Nothin’ to lose is the mindset we seem to move with/The world improve when they fill us with more confusion, We kill each other more than the KKK movement/ Knowledge is power when you in that courtroom clueless.”

Dizzy’s emceeing is at its most potent on more laid back instrumentals. The standout viber “Lay Low” best exemplifies such a niche, with the melodic improvements truly complementing his skills a lyricist. The 28-year-old ponders over life, his place in the game and even support from his city asking “I wanna be one of the greatest, homie/Vegas made me but would they go crazy for me?” Most of today’s rappers have found a way to incorporate singing and melodies into their musical arsenal, but with Dizzy it feels much more natural.

The brief setbacks that occur on this album are found on a couple of tracks where the efforts made to add variety to the pace, sometimes feel out of place and throw off the cohesion. A song like “Period” or “Keep It 100” come to mind where the simplicity of the record, even with the hyped up energy, feel like an unnecessary contribution. Thankfully, the album’s fat is kept to a minimum.

There are also features abound as Dizzy got contributions from his go-to’s as well as some trusted names. They range from frequent collaborators like Jarren Benton and Demrick to veteran spitters like Tech N9ne and Curren$y. The most memorable collaboration was saved for last, as the outro “I Made Sure” with Berner and Curren$y runs as a silky smooth closer crafted for a chill smoke session.

After taking things a little light in 2018, Dizzy makes an impressive return with Nobody Cares, Work Harder. The project highlights not only his continuous evolution as an artist, but as a man, and he’s taking fans along for the journey.