Review: Lil Pump’s “Harverd Dropout” Is The Album You Don’t Want Your Teens Listening To 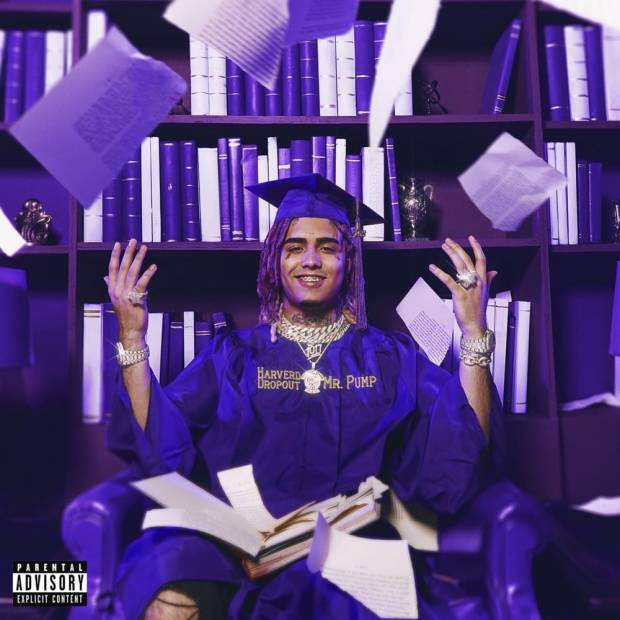 Lil Pump should be every parent’s worst nightmare. Sure, there are plenty of rappers these days that continuously spew ignorance into the mainstream but over the past 18 months, Pump has really turned up the dial on not-giving-a-fuck about even a fuck.

It’s crazy to think that less than three years ago, little Gazzy Garcia was a 15-year-old, single tattooed hype man for Smokepurpp waving around an assault rifle in the “Ski Mask” video. Now, he’s damn near Michael Jackson to today’s high school kids thanks to this wildly untroubled attitude and infectious hooks.

His latest project, Harverd Dropout, stands as the long-awaited litmus test, for his self-titled “debut album” which was essentially a roundup of his previously released SoundCloud cuts with some originals thrown in to add some streaming numbers.

Other than polished vocals and drastically better mixing, Lil Pump sounds the exact same as he did when he dropped Lil Pump; zooted on Xans, lean, and without a care in the world. The rapping is simple, the concepts are easy to grasp as he pretty much gets straight to the point on all 16 tracks (said point being the drugs and money he bathes in excessively). The biggest and most noticeable piece of growth comes from the instrumentals. These beats aren’t finished with a crackling distortion like on his SoundCloud tracks but with a pulsating EDM ambiance. It isn’t full Pitbull circa 2011 but the Top 40 tones Diablo are definitely in full effect.

Remarkably so, Pump really hammers home the “dropout” theme with multiple mentions of smashing the teachers who used to doubt him, eschewing responsibility and getting rich despite not being able to read or write. On the opener “Drop Out,” he quickly claims dropout status by declaring “Dropped out, then I got rich/Dropped out, then I put a Patek on my wrist/Dropped out for my teacher ’cause she ain’t shit/Dropped out, spent a half a million on my whip.”

The previously released promo tracks like Kanye West-assisted “I Love It,” “Racks on Racks” and “Butterfly Doors” are already confirmed hits be aren’t actually the album’s best and most ig’nant cuts. A track like “Be Like Me” featuring Lil Wayne slaps extra hard thanks to CBMix and actually proves a point for Pump; he birthed a lot of today’s wanna-be-viral rappers.

As abrasive, silly, fearless and eccentric an album like Harverd Dropout is, it’s hard to grade with perfect marks — especially when it comes to songs like “Drug Addicts.” Its intentionally frivolous undertones are nearly impossible to defend with madness like, “I been smokin’ since I was 11/I been poppin’ pills since I was seven” and the terribly troubling “Start the day off with a pint/I’ma show you how to live life/Take a lot of drugs, don’t think twice/I do this every day and all night.” If that isn’t poison to an impressionable teen mind, then Pump might as well succeed Donald Trump in the Oval Office.

The beats are big and brazen. The choruses are wildly catchy and some of the featured guests even get off some decently solid verses. It may be easy to declare that Lil Pump and his face-tat cohorts are giving Hip Hop a bad name, but at the end of the day, we’re being entertained by rich 18-year-old who is living out every angsty teen’s Grand Theft Auto-style wet dream.

This is the part where you stare at who’s in the mirror and see yourself as a kid again, and you get embarrassed.