Review: Chuck D Is Not With The BS On "Celebration Of Ignorance" Album 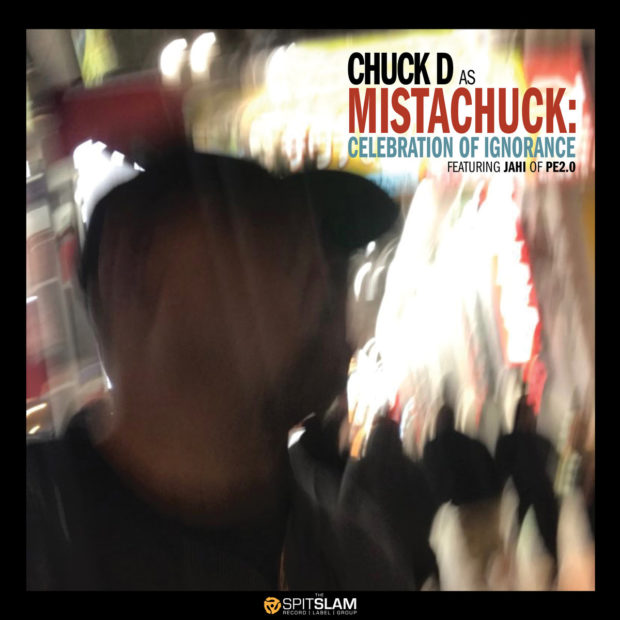 Chuck D is, perhaps, one of the most definitive voices of the Golden Age of Hip Hop. He single-handedly redefined the genre as a member of Public Enemy, and was “woke” before being “woke” was a thing. You would be hard-pressed to find any self-proclaimed ‘head that doesn’t include the group’s Fear of a Black Planet somewhere on their list of the greatest rap albums of all time.

While Public Enemy isn’t, today, in the spotlight as much as they were in the late 1980s and early 1990s, they’re still putting out hard-hitting records and staying true to their message of black power and unity. Flavor Flav’s sojourn into reality TV notwithstanding, Public Enemy’s Nothing is Quick in the Desert, which was released last year, packs the same sonic punch as Yo! Bum Rush The Show packed back in 1987.

And while much ado is made about Flavor Flav’s flamboyance and propensity to date Sylvester Stallone’s exes, it’s Chuck D’s rhymes and spits that deserve center stage, especially in this increasingly “woke” day and age.

So it is, then, on Celebration of Ignorance, the legendary emcee’s fourth solo album. Chuck D is a rapper that says he “digs his lane” — and by that, he means the Boom Bap, Boom Style, Boom Voice that made him a Rock’n’Roll Hall of Fame inductee — so he has no interest in chasing trends or switching up what clearly works for him in the name of appealing to a younger audience.

But that doesn’t mean Celebration of Ignorance, released under the name “Chuck D as MistaChuck” (perhaps so as to differentiate it from Public Enemy and Prophets of Rage work), repeats the “most of my heroes don’t appear on no stamps” line in “Fight the Power” ad nauseum. Rather, Chuck D prefers to let his unique style shine through on songs that address the issues of today, and the result is a sonic masterpiece.

For example, “Tiredof45 12.30.84 Dunk Mix” is a track that features Jahi of P.E. 2.0 (the so-called “rebooted” version of Public Enemy formed when the Oakland rapper met Chuck D backstage at the Rock’n’Roll Hall of Fame induction ceremony back in 1999), and it salutes LeBron James while skewering Donald Trump. In this regard, the worst that can be said is that Chuck D hits the obvious target (seriously, who besides the willfully ignorant likes Donald Trump these days?), but he does it in a way that’s uniquely his own.

The rest of the album continues in this vein: “BOT” takes on the man vs. machine debate, “Cavemaniac” tackles the #MeToo movement, and “MutterERT” talks about climate change issues (something that isn’t really addressed in modern Hip Hop, simply because too many think it’s too remote of a problem to tackle effectively).

But the real treat on Celebration of Ignorance is “Speak on It!” a song that’s truly Chuck D. in its fashion, because it “reboots” the track “Speak!” from Nothing is Quick in the Desert. It’s a hard hit to the chest when Chuck roars “Hip Hop is the culture/Rap is the words/what y’all know about/what you know about/what your name is/Can you get it out?”

Vocally, though, Chuck D. sounds infinitely rawer than he did back in the halcyon days of Public Enemy. Whether this is a function of his age, or a function of his production (or, perhaps, a little bit of both), he’s a lot more “lioneseque” in his sound than he was “back in the day.”

On the other hand, it’s certainly effective in getting the message out. We’re in a state of emergency, and Chuck D. is still sounding the alarm — and, until every man, woman, and child wakes up, he’s going to continue to do so until he’s got both feet in the grave.

And, if Chuck D. has his way, he’ll figure out how to get the word out long thereafter, too.