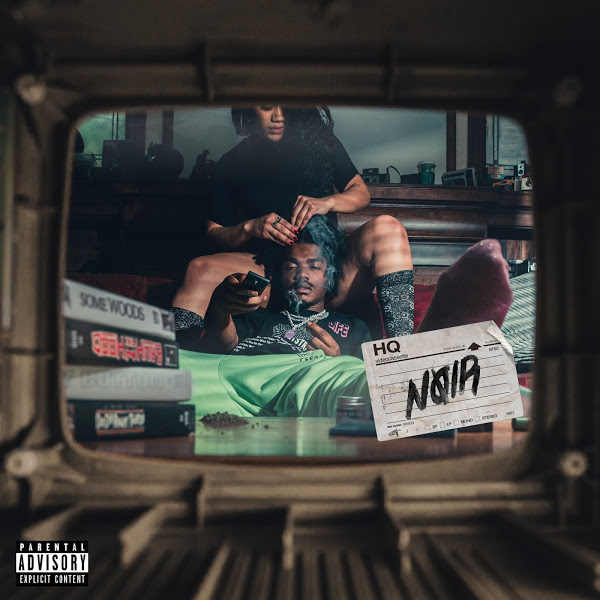 The current rap game is built around the repetition of success. While that statement may not have always been true, in today’s world it’s easy to be bamboozled by the promise of uniqueness that in all actuality is chameleon-like mimicry. This is what makes St. Louis-native Smino so intriguing.

At 25-years-old, he made a standout introspective record (blkswn) that garnered all this success and built a cult-like following, and when it came time for a follow-up, he cited one primary goal — make a completely different album.

By refusing to conform and utilizing a blanket of grungey neo-soul, he manages to create 18-song experience with NØIR that plays like a well-curated playlist.

Does the project adhere to the sound of today? Sure. Can you draw clear inspiration lines to other artists? Yeah! He’s a student of the game.

The artistry in a project swimming with experimentation is the ability to maintain some baseline so that a switch in vibe isn’t so jarring. Keeping the production credits tight and succinct allows him to use his multiple flows and voices to ride the (already buzzing) single “L.M.F,” rock the rootsy reggae sound bed of TEQUILA MOCKINGBIRD,” verbally annihilate a Valee-esque no breath vibe on the radio-ready “PIZANO,” and then interspersing R&B joints without losing his footing.

Outside of his own crew (Ravyn Lenae, Bari, and Jay2), the project has two features, Dreezy on the airy, hand guitar-laden slow jam “FENTY SEX,” and the most copied man in the game today Valee on a stand out “KRUSHED ICE” — which sees him slightly adopting the Kanye affiliate’s vibe. The features are just that though and don’t overpower Smino’s central vision.

One criticism would be that his focus on swapping flows or — more specifically — remaining varied doesn’t always translate into consistency. While the album concept of film noir and the intricate cover may trick you into thinking you’re listening to a piece of conceptual art that requires a maddening amount of listens to connect the dots, much of the actual content/message is quite shallow, centered (mostly) on smashing, amid small autobiographical tidbits.

Ultimately, that may be the point. Smino himself has suggested in multiple interviews that it’s not that deep, rather he just crafting vibes that reflect his state at any given moment in time — hence the different sides of the same coin. Vastly brighter and less personal than blkswn, yet oddly telling about himself as new-money living his best life, Smino remains one of those artists that has managed to do almost the unthinkable in today’s industry, be himself. The result is music that just feels good in your soul, and in today’s landscape, we need that more than ever.