Review: Asian Doll’s “So Icy Princess” Turns The Energy Up To 10…17 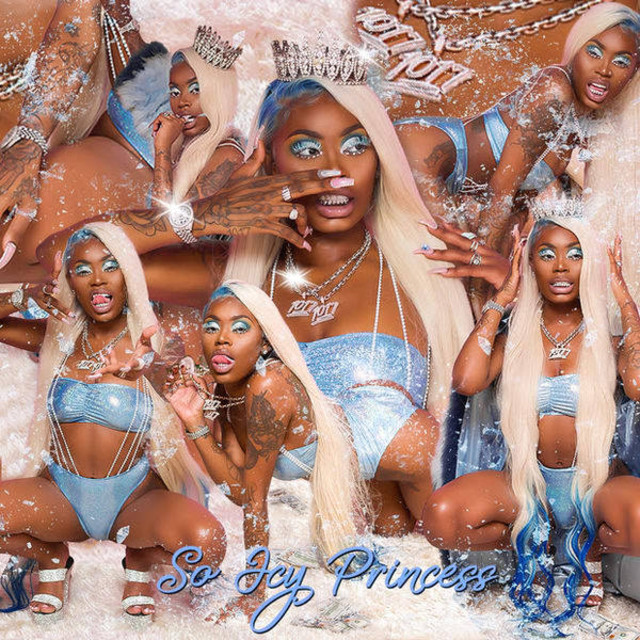 Right above Gucci Mane’s infamous ice cream face tattoo sits his undeniable eye for unsigned rap talent. Excluding the hordes of new-gen rappers that learned their damn near entire style from Big Guwop, he has also directly picked and propelled the careers of Waka Flocka Flame, Young Thug and Chief Keef just to name a few. The most recent Gucci Mane prospect and first female to ink a deal with his 1017 Records is Asian Doll.

Her debut album was released on 10/17 and is fittingly titled So Icy Princess. The brand is strong.

The album is technically her seventh solo project but marks the first time she’s released anything since becoming a formal Brick Squadian. Far from a rookie, her hardcore rap style is just as polished as her iced out album cover. By pressing play on “So Icy Princess Intro” one can quickly understand why Gucci felt so inclined to give her give her a BS bird chain. Lines like “Ten for the fit, no cap, ain’t gotta shoot, all the gang goes zap/Should’ve made a livin’ cookin’ niggas for the camp/I’m so icy ’cause it’s them/Bitches want my Glock” feel like a battering ram of diamonds straight to the chest of anyone who thinks she can’t keep up with her male counterparts.

The adrenaline continues pumping on “First Off” produced by Bankroll Got It as well as the Gucci Mane-assisted “1017” both of which including thundering drums and bass plus jackhammer hi-hats. These drilling beats and simultaneously villainous raps continue for the entirety of the album. Quite literally, throughout 16 tracks, Doll keeps it as “savage” and as “fucking ill” as humanly possible without one instance vulnerability in sight; the luxury car, diamond, money and boss bitch talk encompasses the entire 50 minutes.

Comparisons to Nicki Minaj and Cardi B will undoubtedly arise but unlike the two feuding mega-stars, Asian Doll avoids any and all R&B/pop tracks. This both helps and hinders So Icy Princess as a whole. On one hand, listeners her sound is patented – and that’s big beats mixed with brazenly braggadocio bars. On the other hand, the album’s singular brash speed reduces Doll to a one-trick pony – even if said pony is iced-the-fuck-out. This ultimately makes it hard for a casual fan to continuously revisit the album.

Make no mistake — there are in fact a handful of standout tracks. Doll and Dreezy step up for a ladies night out from the trap on “Facts,” while “Rock Out” showcases her best technical rap skills and “Headspin” — alongside YBN Nahmir — is a back-and-forth screwface anthem thanks to Heal’s dense horns and hi-hats.

So Icy Princess may not have everyone’s flavor but if you’re a high-intensity individual that thrives off gangster girl raps in lieu of coffee in the morning, then this LP will have you amped to rob a bank.