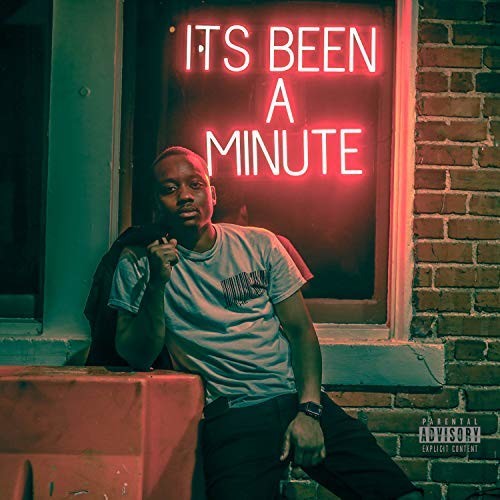 After nearly two years, North Carolina’s emerging spitter Mark Steele finally makes his return with a 12-track effort appropriately titled It’s Been A Minute. As a protégé of the legendary 9th Wonder, Steele has quietly made a name for himself through the release of two albums and collaborations with fellow Carolina lyricists such as Big Pooh and Rapsody.

It’s Been A Minute details the journey of a motivated, hungry MC, that frankly is sick of being overlooked. A few tracks in, it’s easy to understand why he feels that way. Following a brief skit at the start to set the album’s stage, Steele fires out the gate with “Concrete Pillow,” a hard-hitting record filled with boastful raps addressing fake supporters and anyone who’s been sleeping on him. Steele asserts “the vultures acting like this whole time they was on us/knowing damn well it ain’t facts/ we lookin’ like where was you at, yall looking like some deadbeat dads cuz you ain’t support us.”

What makes Mark Steele’s music compelling on this album along with his lyrical ability is his relatability. Steele has an underdog story that he articulates well, making him easy to root for. Tracks like “Big Dreams” where he chronicles his 15-year year grind as an MC and “The Same,” a track based around fading relationships and growing apart, are really engaging to the listener. In the same token, the casual fan may wonder how this separates him from the many other talented rappers who also have a similar background? The content throughout is introspective and thematically consistent, but one drawback is that many of the songs are presented as a collage of moments in Steele’s life while not focusing on one specifically for a complete song. Steele has a great storytelling ability and may benefit from diving even deeper into his life, showcasing this skill set while continuing to paint the picture of his life.

A factor that worked in Steele’s favor is that he worked with a variety of different producers for this project, making for an eclectic sound that stretched him musically. You’ll get a great song like the bouncy, melody-heavy “Good Time,” then tracks later hear a gritty more traditional rap record like “Bull City Air,” showcasing his versatility as an artist. No Malice was tapped for an album standout “Grace of God” where the two rappers vividly detailed their past struggles while crediting the man upstairs keeping them here through it all. The album’s title track serves as a strong album closer as over horn-drenched instrumental Steele airs everything he needed to get off his chest, reminiscent of how Drake approaches his project outros.

Twelve songs worked well as a length for this project and outside of one or two less than spectacular records such as “Low,” Steele was able to craft an impressive body of work from top to bottom. You get bars, introspective content and great instrumentals. If he continues to improve upon the quality showcased on It’s Been A Minute, it’ll be very difficult for the industry to continue to overlook an MC like Mark Steele.