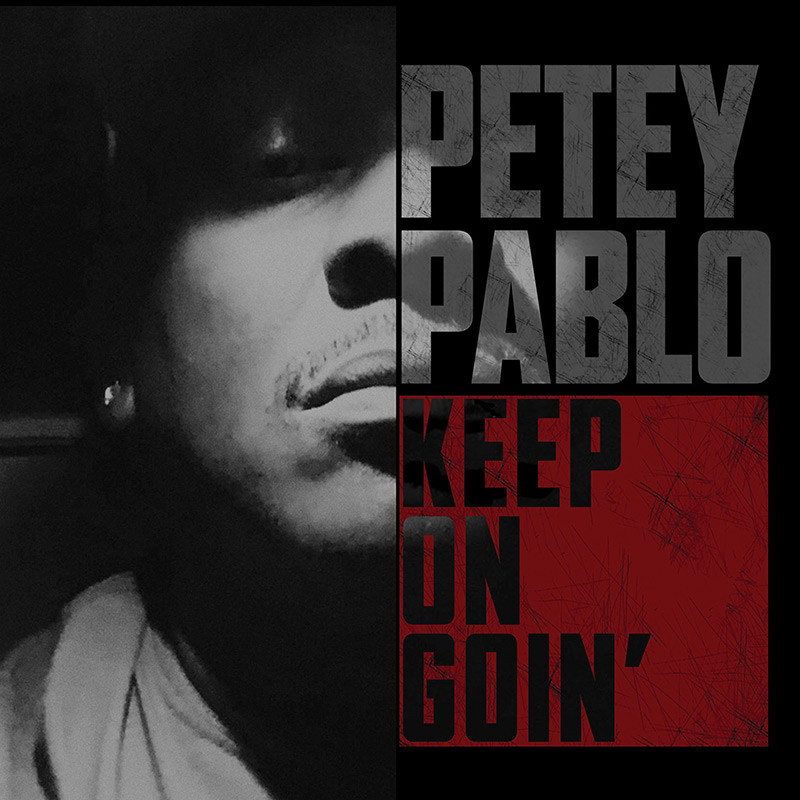 Turn the clocks back exactly 14 years and Petey Pablo was firmly atop his apex mountain. No, literally. Fourteen years to the day, the world was hearing growl two career-defining verses on Ciara’s No. 1 smash single “Goodies.” He had dominated that summer with playboy anthem “Freek-a-Leek” and looked to be a promising Hip Hop hitmaker for years to come.

But a few years after his “bada boom, bada bam” on the Billboard, Petey was seemingly missing from music with less than stellar album sales and incarceration to blame — leaving his legacy unfulfilled.

Out of seemingly thin air though, Mr. “How You Like It Daddy” has popped up with a brand new album, the appropriately titled Keep On Goin’. First thoughts from most people on a Petey Pablo album being released in 2018 would naturally be confused or unconcerned which is totally fair – but in reality, the LP has moments that act like cold water to the faces of those sleeping on the Carolina player.

Unlike many of the recyclable hi-hat heavy trap beats released by today’s contemporaries, intro track “Brand New Paper” uses heavy organ synths and rhythmic drums on which Petey talks about money and how he smells like those freshly printed Franklins.

As a matter of fact, the first three tracks off the album hit way harder than anyone could have expected. The title track is a rapid-fire clap-a-long that flex Petey’s self-proclaimed resurrection and dishes a hater warning: “I could shut that yapping up with these platinum plaques.” To complete the opening trifecta of formidable cuts is the hauntingly fun “You Know I Do” that can best be described as the mid-2000s rap version of the Bowser’s castle theme from Mario Kart 64. Whether it’s simply nostalgic just to hear Petey’s unforgettable rap snarl over ringtone reminiscent beats or he’s actually making modern hits. As the album plays through, it becomes clear that it’s more the former.

After Petey gets his semi-introspective bars off on “Searching” where he sings a wobbly “I’m searching for that piece of mind” while rapping about some of his decade-long ups and downs he proceeds to come less and less hard with the rhymes and execution. The designated female-focused tracks like sweet serenade “My Baby” and strip club chorale “She Want Some” are as cookie cutter as it gets. Again, however, the uncredited beats still band incredibly hard and beg to be downloaded as ringtones – if people still did that.

From there the album’s lyrical content, songwriting structure and even beat selection lose all stamina, leaving the back half dozen records to be dizzyingly boring. Not to mention the wildly out-of-place “Raining Paper” that is just oozing with clichéd electro dubstep sounds and chants that its only replay scenario would exist in a grimy basement after hours rave club. Had Petey cut the tracklist in half and released this as a warmup EP then we could very well be saying #PeteyBack. Instead, the skip button gets its fair share of exercise.

Keep On Goin’ exceeds all expectations and for that, Brother Pablo should be given props. There are a handful of songs on here that make for refreshing 2018 jams – thanks in large to their nostalgic mid-2000s beats. Petey’s legacy might still end as a giant question mark but at least he got to temporarily claw his way out of the “where are they now” file.