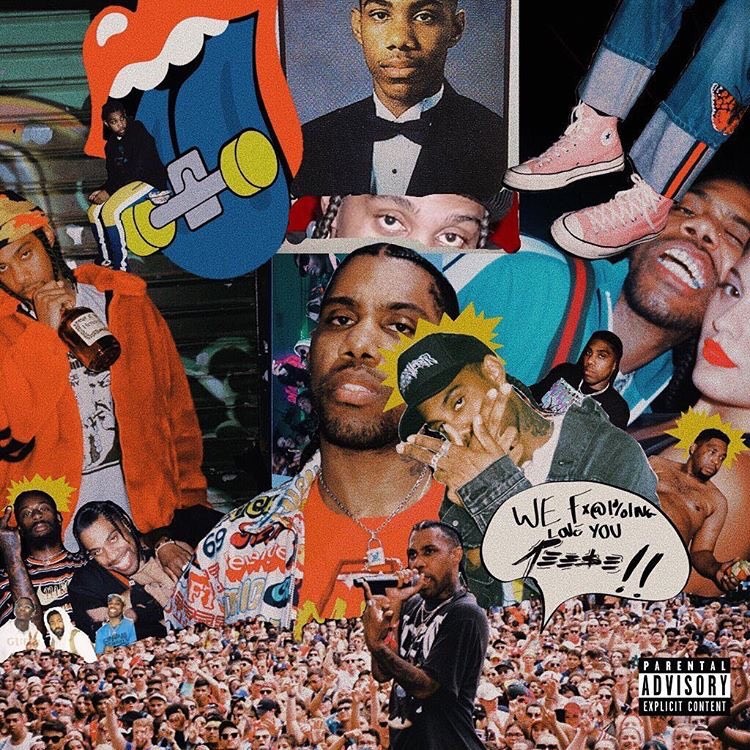 The debut album is always a special occasion. With several mixtapes under his belt dating back to 2011, Atlanta native Reese LaFlare is far from a newcomer, but with the parade of high-profile features he’s assembled on his self-titled, first studio release, it’s clear he feels his moment is now.

Heavyweights such as Ty Dolla $ign, Young Thug, and Pusha T all appear on the tracklist, and for the most part, Reese’s raps do enough to hold their own next to such established names. Still, the majority of the album is bogged down by a lack of originality, wearing out its welcome as he relies too heavily on trap music sound traps.

Make no mistake, “Escalators” is fantastic as an intro, but the album’s brightest success further evidences its weakest point. Sonically, the song harkens back to a Rap Atlanta before trap drums and hi-hats ruled the land, acting as a well-constructed parallel to another song titled around vertical transportation in Outkast’s “Elevators (Me & You).” “This shit sounds like Gucci mixed with 3K done had a baby in a Pyrex pot” he boasts midway through the first verse, while his lyricism throughout the song is no less captivating.

Big-name features aren’t wasted, either. “Big Mad” with Ty Dolla $ign and Vory is one of the more notable cuts, winning with its watery soundscape and melodic verses. Ty$ is unsurprisingly in top form when he enters midway through the song, singing his success story while telling off his haters in the process. On “Nosebleeds,” Young Thug’s innovative delivery jolts you to attention as soon as the beat kicks in, convulsing over the drums with his signature unconventionalism. Eventually, his words come into focus on the chorus: “I’m in the nosebleed, not the coach seat / Got this gold on like trophy / I done strolled on cause they don’t know me” he raps, setting it off before Reese comes in for his two verses.

As distinctive as “Escalators” is, however, there’s shockingly little ambition to be found in the rest of the tracklist. Once he falls into the typical themes of the day on “Circulate,” there’s no going back; as a result, it’s not long until the album starts to drag together. At times, it’s even a carbon copy of what’s already out. For instance, press play on “Much Better” too soon after hearing “Frostbite” by Preme and Offset, and you’d swear it was Reese’s last-minute effort to hastily change his homework before the teacher noticed he’d copied the answers from a classmate.

The smattering of monotony-breaking gems like “I Got the Clout” pound you into agreeance with its thumping bass hits, while its militant hook brings the energy up yet another level. “No Stylist” is another success, more atmospheric in its sound while Reese dances around the beat with a brilliantly placed flow.

Call Reese LaFlare a conservative debut — with minimal risk. While undoubtedly digestible in today’s oversaturated marketplace, it’s unlikely to have a lasting impact by tomorrow. Still, the talent put on display give reason to keep his name separate from the rest for now.