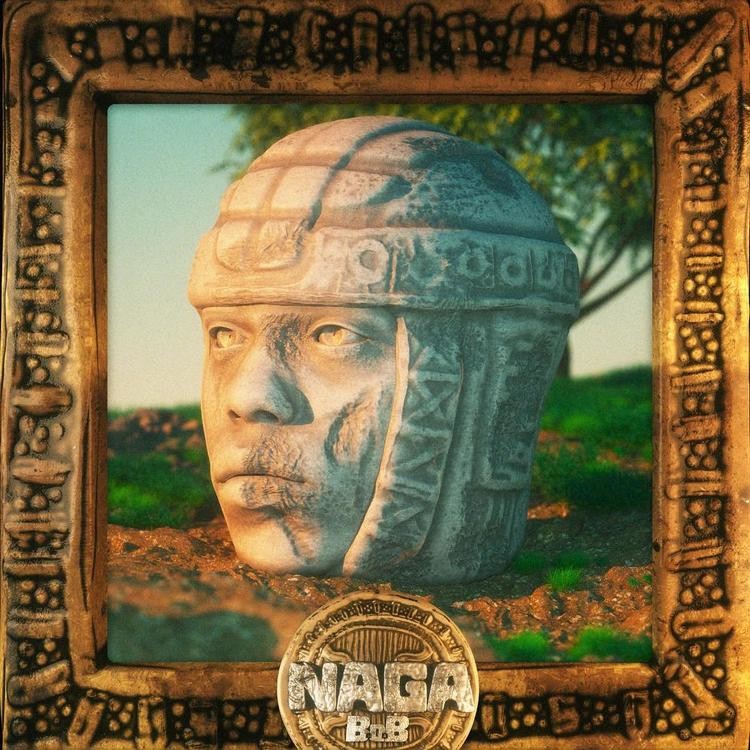 When B.o.B. was on top of the rookie rap world with his 2010 smash “Airplanes,” no one would predict he would wound up being known as Hip Hop’s resident flat-earther. Yet, after an undeniably declining musical trajectory since his debut (not to mention the Kansas-sized whirlwind of scrutiny that accompanied his controversial worldviews), it should come as no surprise that he proclaimed NAGA to be his “#Lastalbuman.”

It’s not to say that B.o.B isn’t a good rapper or accurate songwriter. But the reality of the situation through his Christopher Slowumbus theories is they resulted in his biggest headline since he was paranoid in the club with the soon-to-be-legendary Ty Dolla $ign. Had this album been released as a definitive curtain call, it might have given listeners some closure on such a spotty yet accomplished career. However NAGA is a fairly bland outing that does nothing — positive or negative — for Bobby Ray’s disappointing legacy.

NAGA kicks off with the tough-talking “Kumbaya” which will induce head-nods thanks to B.o.B’s beats but certainly not because of his bars. He attempts to rap in the now mega-popular Migos double-time flow but misses the pocket at every turn on both verses. Its successor, “Matador Bobby” is a mumbled mess that will undoubtedly get slapped with the skip button but a little lyrical solace can be found on “Good Nigger Sticker (Freestyle).” Over a simple bass and hi-hat beat, Bobby speaks on some of his past and present space in Hip Hop plus a healthy dose of current rap critique. “These are the chronicles of a black magician, left the rap business/Made some plaques with an unthreatening a black image” is refreshingly self-aware while “You ain’t gotta say “Let’s get it, bitch I got it/I ain’t gotta dumb it down, they just gotta catch up” can be construed as a fairly bitter bar towards the new generation.

The album then hits a stride of songs with energized beats – all of which produced entirely or in part by B.o.B himself. This begs the question: is/was B.o.B a better producer than rapper? Sure, he gets off some intricate personal bars on “Dontbenobodysbitch” (“Your life’s in knots, my life might appear more aligned a notch, but I’m on suicidal watch/Well, commence the chords, B.o.B you sound rich and bored/I say we’re just a bunch of piles of shit with pores”) but the eerie 90’s horror movie baseline and quirky percussion pieces that usher in the introspective lines is certainly more enticing.

“T.M.I.” featuring Big Havi is perhaps a better example of beats > bars with inaudible verses and choruses being swallowed by a twangy trap beat from outer space. He wraps up NAGA with the well woke “Bad Computer” in which he reflects on the socio-economic turmoil facing today’s crippled society. The sentiment feels genuine enough but will leave listeners with more questions than answers. He doesn’t explicitly declare his retirement but leaves with lines like, “I’ve had my share of losses/I’ve had my share of lessons/And I sure know what hell is” which, is a pessimistic way to close an eight-year career. (For the record, we don’t believe him.)

Alleged retirement and flat-earth theories aside, NAGA misses more than it hits – especially when it comes to songwriting. It isn’t wack enough to where people will be praising his absence but it isn’t good enough for people to campaign for him to stick around, either.