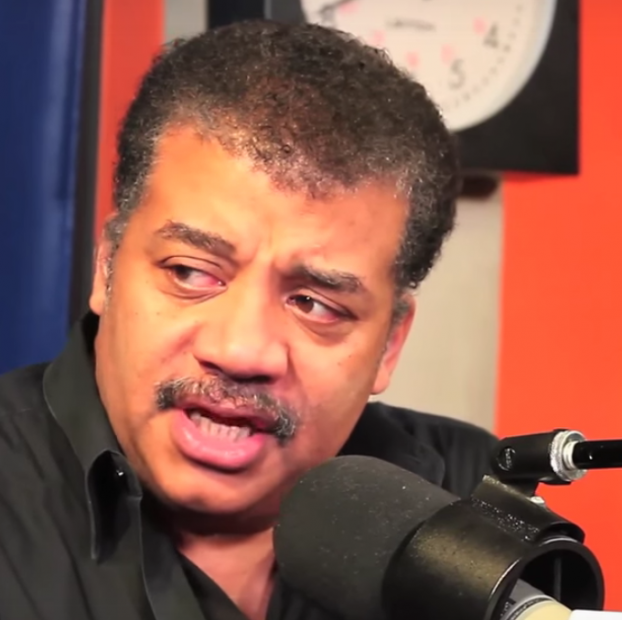 New York – In one of the year’s oddest “Twitter beefs,” astrophysicist Neil deGrasse Tyson and Atlanta emcee B.o.B debated whether the Earth was flat. B.o.B ended up releasing “Flat Line,” a diss track aimed at Tyson. The track prompted Tyson to enlist his nephew Stephen Tyson to drop response track, “Flat-To-Fact.” That was two weeks ago. during a visit to Sway In The Morning yesterday (February 8), Neil deGrasse Tyson explained how this improbable “conflict” originated.

“This whole Flat Earth thing broke out and I just put out a few tweets to joust,” he said. “I made it clear that B.o.B could still be a great rapper. No one’s gonna take that away from him just because he was using four centuries old reasoning about the shape of the Earth. Then he did a diss track and I said, ‘I don’t know if I know what a diss track is.’ So I call up my nephew and said, ‘What’s a diss track?’ I said, ‘Well, can you diss back? Is that allowed?’ Within four hours, my boy had a retaliation track. So I went back on Twitter and I said ‘Although I’m an astrophysicist, I know some rappers and one of them’s got my back.’ Then I posted it. Then I pulled out and I haven’t said anything to anybody until just now.”

Tyson also gave a detailed explanation on why the Earth is in-fact round, using the relative distance between the Marianas Trench and Mt. Everest as a metaphor.

“[Earth] is a few miles wider at the equator than at the poles. If you shrunk Earth down to the size of a cue ball, it would be one of the smoothest, roundest cue balls ever made. That’s how round Earth is. The fact that I can tell you that it’s slightly wider at the equator is because we have very accurate tools to make that measurement. From the depths of the Marianas trench off of the coast of the Philippines which is the deepest part of Earth’s crust, up to the top of Mt. Everest is like a dozen miles. You could drive that in 10 minutes basically doing the speed limit. The structure on Earth’s surface relative to the size of Earth’s surface is very mild. We think it’s large because we’re tiny compared to that. If you’re an ant, climbing up a stack of sheet of paper is a big effort for you. We’re ants on the surface of this terrain that we call Earth. But if you step back and look at the Earth, that sucker is as round as you’re gonna get.”

For more on this topic, check out the DX Daily below: