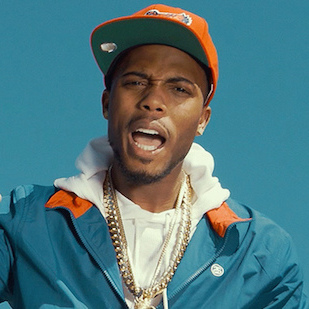 Astrophysicist Neil deGrasse Tyson’s nephew disses B.o.B on “Flat To Fact,” a remix of Drake’s “Back to Back” Meek Mill diss track. The song comes after the Atlanta rapper and deGrasse Tyson feuded on Twitter over whether the Earth was flat or round.

After the social media scuffle, B.o.B sampled Tyson on “Flatline” to further his argument that the Earth is flat. B.o.B has since deleted the Soundcloud post.

The scientist responded to “Flatline” with a link to “Flat to Fact” on Twitter.

“Dear @bobatl, as an astrophysicist I don’t rap,” he writes, “but I know people who do. This one has my back.”

Tyson’s nephew, Stephen J. Tyson, Jr., goes by the stage name Tyson and includes soundbites from his uncle on “Flat to Fact.”

“I’m bringing facts to combat a silly theory,” Tyson raps. “Because B.o.B has gotta know the planet is a sphere, G / Very important that I clear this up / You say that Neil’s vest is what he needs to loosen up / And he’s amazing ’cause the brother’s getting paid / When they ignorance you’re spitting helps to keep people enslaved / I mean mentally.”

Tyson plays off phrases from Drake’s original track, including the fact that Charlamagne named Funkmaster Flex the Donkey of the Day for his role in Meek Mill’s feud with Drake. Tyson also references B.o.B’s 2012 album, Strange Clouds.

“You gonna make me go insane / I’ve already stepped out of the fast lane / You the donkey of the day / I ain’t waiting for Charlamagne / All them strange clouds must be messing with your brain.”

Listen to “Flat to Fact” here.

Dear @bobatl, as an astrophysicist I don’t rap, but I know people who do. This one has my back: https://t.co/BbMi4tzHLz