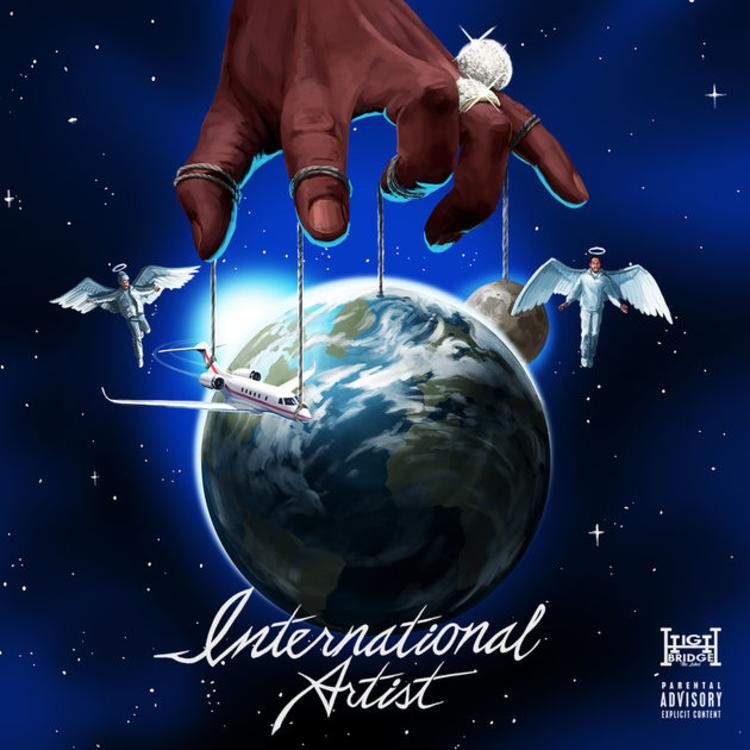 How much bigger can a rapper get than international, really? A Boogie Wit Da Hoodie has been leveling up with each major release; from Artist, to The Bigger Artist, and now he’s onto International Artist.

Over the course of eight tracks, each with its own guest artist (or two), he makes his claim for the title by working his way into various genres via collaboration. Whether it’s afrobeats, Latin trap or dancehall, various tropical styles get brought into his world and not the other way around. Although the album doesn’t break much new musical ground and deals in sounds already cultivated by other communities, Artist reaches out with open arms to a new era where America no longer acts like the only center of the world.

“Surprising” best described The Bronx-bred rapper decision to collaborate with artists from Jamaica and Nigeria, but it’s actually pretty logical for someone who’s always been working the borders of rap and R&B and looking to grow. It’s pretty strategic too, considering the wild success of worldwide hits like “One Time,” “Unforgettable,” and “Despacito.”

A Boogie jumps seamlessly into the propulsive snares and multiple breakdowns of “Way Too Fly” with an airy hook and squeaky clean verse. But it’s Davido who really soars, catching flight with notes that give the song its real power. And when it comes to the bass stabs and dembow flourishes on “Deja Vu,” he bounces along with a verse that goes with the flow, dipping low in the second half for dramatic effect. Again though, it’s reggaetonero J Alvarez that truly fuels the track, with much more vocal range and a delivery that feels free of effort.

He seems mostly in his bag on “Best Friend,” a song with fellow Canadian globetrotters Tory Lanez and Ramriddlz. Over rubbery bass and glittering keys, they go in about the tricky complications that present themselves when sex enters friendship. The track represents real personal progress for A Boogie, who is very often troubled when it comes to females, rapping about a lack of trust that manifests itself in a hostile attitude towards women. The album generally distances itself from that negative element, which had been a low point for someone working in the realms of R&B, but it does surface in ways that diminish the project.

On the very intimate “Nonchalant,” a slow wine chune that’s like a whisper in the ear, he sings, “I want you to be my bitch.” It sounds very sincere, but the choice of wording throws the whole vibe off. Alkaline picks up the slack in more insightful ways, singjaying about how fame can impede relationships.

While A Boogie manages to blend into the various styles in a way that proves his versatility, he also tends to disappear into it. The guests often carry the heaviest weight. But as a collaborative project, he deserves credit for pulling everyone together and for having the open mind to do so. It’s a mistake to focus on Artist alone and not appreciate it as a whole. Like the production that can be as powerful as the vocals, the diversity the various guests bring will influence its longevity.