Review: A Boogie Wit Da Hoodie Succeeds When Playing To His Strengths On "The Bigger Artist" 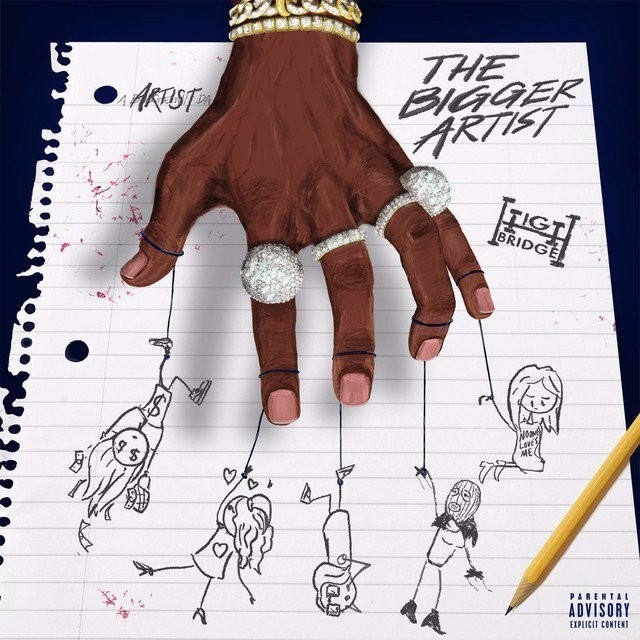 Following up a hit isn’t easy. A Boogie Wit Da Hoodie’s breakthrough single, “My Shit,” propelled the Bronx native onto a shortlist of new age rappers with potential for stardom. But in the rap game, time moves fast and A Boogie was in dire need of another smash hit to keep his momentum alive.

Luckily his debut album, The Bigger Artist, came equipped with the melodic flex-a-thon “Drowning” featuring Kodak Black. The platinum-selling track has already charted higher than “My Shit,” so it’s safe to say the follow-up achieved its desired result. But one question remained: how well can A Boogie perform on a full-length album?

Storch, who has apparently risen from the ashes, gives “Unhappy” a bouncy piano riff that fits perfectly within A Boogie’s songwriting wheelhouse. Instead of aimless flexing about Rollies and foreign whips, he talks about being a millennial in a trying relationship. No bar on the entire album feels realer than when A Boogie hums, “Told her I can’t fall in love now she, damn/ She upset, she throwing subs at me/ She just wanna see me unhappy.”

Furthering his emotional intelligence on the track, A Boogie explicitly pulls from Usher’s “You Make Me Wanna” by crooning, “And honestly, I be tryna stop thinking about you/ But even when I do, I be reminiscing bad things I did/ And I know you hate me, you hate me.”

“Let’s Start Over” is another example of his softer side shining through. He gets off almost four minutes of breakup bars that more accurately cater to his adolescent audience than any farfetched flexing.

As the remainder of the album plays out, it’s evident that A Boogie performs better when taking off the NYC tough guy armor and letting his guard down. His tonality, assertiveness and rhythm feel much cleaner on “Bad Girl” than on “Undefeated.” Alongside 21 Savage, he sounds more like a wanna-be gangster with shaky lines like, “Hah, now they call me evil/ Laughing at these niggas with a Desert Eagle, yeah.”

As soft as it may seem, he sounds much more authentic when rapping about running a bad girl’s baths. Him rapping, “I feel like I’m stalking you, I swear/ I keep on watching your snaps, I’m stuck on your Instagram/ And girl, I don’t even follow you, I can’t/ Too busy calling you back, sometimes I don’t understand” on “Stalking You” shows more depth, honesty and vulnerability than any type of tough talk ever could.

In contrast, listeners don’t learn much about A Boogie when he raps filler lines on “Beast Mode” like, “I got a 40 with a drum and I know how to use it” or “I gotta keep a pistol in my Bentley coupe.” Plus, those type of hardcore rhymes don’t mix well with his Auto-Tuned vocals.

Although “Money Sprung” and “Somebody” could have been consolidated into one track, The Bigger Artist is an easy listen from front to back. When A Boogie shows his sensitively indulgent side, the album shines brightest. But at the fledgling age of 21, he is still trying to find what works best for him as an artist. It may take A Boogie a few more years and a few more projects to wholeheartedly reach his artistic synchronicity, but for now, making hits will do just fine.