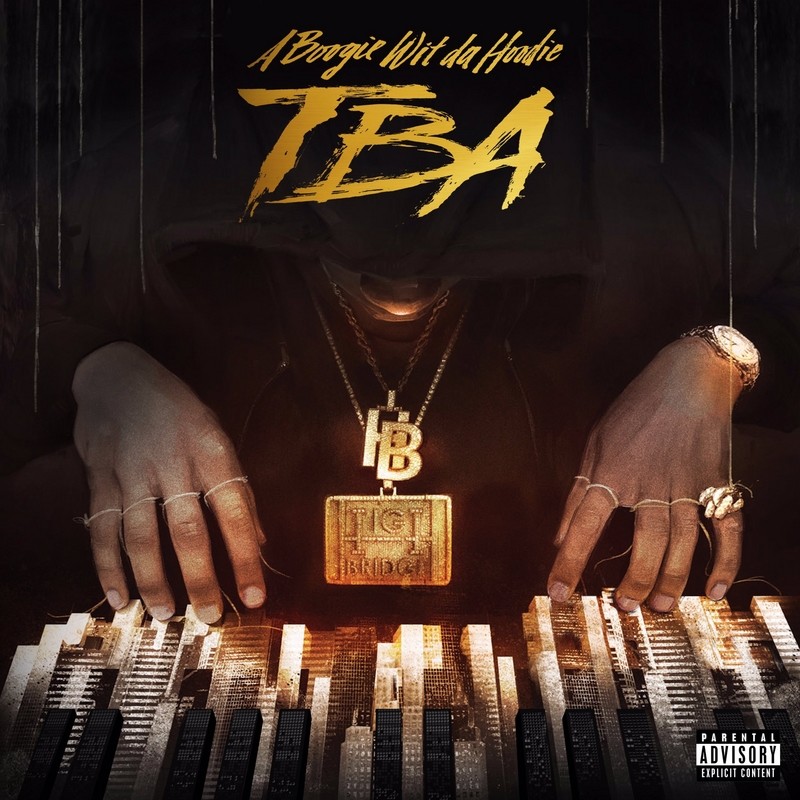 As New York Hip Hop steadily builds its new regime of trendsetters to fully define its sound going forward, along comes A Boogie Wit Da Hoodie; a Bronx native possessing enough swag and charisma to make anyone a believer, even they’re not necessarily a fan.

His grind over the past year has culminated in numerous residuals: a fresh look on the recent BET cypher, thousands in increased social media numbers and one of those rite of passage Drake co-signs. Like any logical rap-star-in-the-making, he’s capitalizing off the buzz with a quick EP in TBA (an acronym for The Bigger Artist; Artist is money’s real name) which serves as a definitive measuring stick for his capabilities and shortcomings of his current standing as a…well…artist.

Over the course of six selections layered in autonomy, A Boogie openly invites listeners a spot on his Highbridge neighborhood stoop without forcing the issue. A post-modern hipster; he’s hard enough not to be taking for a punk but opts to spend most of his time flossing and allocating his time for the most deserving chick (see EP closer “Wrong Nigga” for his list of demands in the area). He’s blessed with a flow that possesses transient mutant powers that switches from a monotone whisper to high-pitched anthemic cannon without warning, and TBA offers a couple of the year’s best street singles in one concise package. On “Macaroni,” he completely bodies Slade Da Monsta’s bass wizardry for a part strip club, part post-up soundtrack: “Bitches that I hit up in the DM never hit me back/Now they probably all up in my DM I don’t get to check/I could turn your girl into a demon, boy don’t get me mad/Fuck around and threw out all my singles when I heard it clap,” he testifies on the hook.

The lead single “Timeless” essentially is three songs in one as it delivers plenty of range, switching from light reggaton, stadium rap rock and hue of R&B blue (thank Donell Jones’ eternal heartbreaker “Where I Wanna Be”) under the tutelage of DJ SPINKING.

For such a short project, however, TBA has issues sticking to any sort of script — even when within one song. At just 20-years-old, A Boogie still has some life experiences to endure so most —if not 100 percent — of his focus is aimed at juggling women, which still offers up contradiction when he’s offering up his perspective. The cocky stripper tipper heard on “Macaroni” slips on his pimping when it comes to the apologetic “99 Problems & Messages.” And every ice cap melts when it comes to “Baecation,” which is precisely how it sounds: a warmed over piano lullaby dedicated to that special friend with benefits.

As Hip Hop has proven over the years, the ability to pen songs geared towards the ladies equates to literal Soundscan gold, so even with the inconsistencies, A Boogie is one step above his peers in that regard. With Atlantic Records in his corner, it will be no surprise when Luke Cage won’t be the only NYC cultural figure associated with hoodies down the line.