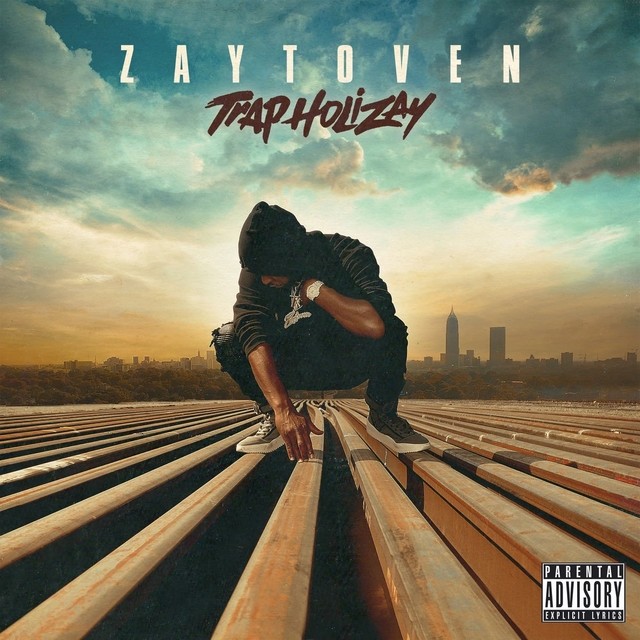 Atlanta-bred maestro Zaytoven has been one of the most prominent producers coming out of A-Town over the past decade and is partly responsible for shaping the sound that is currently dominating rap music. Continuing in his impressive run, Zay assembles many of the major artists he’s made great records within the past to release his first studio album Trap Holizay.

Trap Holizay runs like a “New Atlanta” playlist and musically is an all-star showcase for the South, featuring everyone from Young Dolph to 21 Savage to 2 Chainz. Ziggy is known for having a signature style, with his piano-driven trap productions, but on this album he innovates his sound by incorporating additional instrumentation to go alongside the keys. You can hear the effort put forth in layering his sound to cater to the wide array or featured artists.

In its majority, Trap Holizay is successful in unifying his zonestrumentals with the game’s most eye-catching names. Such chemistry is best exemplified “Strong,” featuring Lil Uzi Vert. Zay laces the record with some bright synth-drenched keys that go perfectly with Uzi’s melodic and high-energy delivery. While being just as quality a track, this is a lot different from a song like “Go Get The Money,” where Zay tapped the veterans Yo Gotti, Rick Ross, T.I and Pusha T. This has more of a haunting, aggressive instrumental that better fits these MC’s gritty style of rapping. As we’ve come to expect, Pusha delivers a fiery verse detailing life as a dealer rapping “AMG the fo, carbon fiber, niggas peelin’ out/Push button, roof is changin’ colors, fuck the ceilin’ now/Cookin’ powder in a crockpot ‘til it’s spillin’ out/Million dollar marchin’ dope boys, bring my children out.”

Young Scooter says it best on his appearance on the beefy “Back On It”: “You can’t get on Zay’ beats without wrapping cocaine, nigga.” Such an audacious quote effectively sums up the trapilation’s first half table of contents. Just before the braggadocious street raps became too repetitive, there is a shift musically. Although, incongruent records like “Show It” (featuring Kodak Black, Offset and T.I. — again) feel like obvious filler in efforts to vary subject matter. While a necessary measure, the song quality suffers as it feels the production was still the primary artistic focus.

Zay is at his most potent with Gucci Mane and 21 Savage on “East Atlanta Day,” a song that gives you that mid-2000s, pot belly La Flare vibe and with frequent collaborator Future on the hard-hitting “Boot Up.” A venting Future shuts down shop on “Mo Reala,” giving fans even more reason to anticipate the second installment of their Beast Mode series, set to drop this summer.

Consider Trap Holizay to be a project that showcases Zaytoven extending his palette stylistically as a producer, without necessarily making a lasting impact on the congested trap music wave. In all honesty, a Zaytoven-helmed project featuring all of today’s trap-stars should resemble a southern version of Dr. Dre’s 2001. With one project locked and loaded, the music minister should go all out next time he calls upon his famous friends.