Review: Rob $tone's "Young Rob $tone" Is Too Lazy To Be Lit 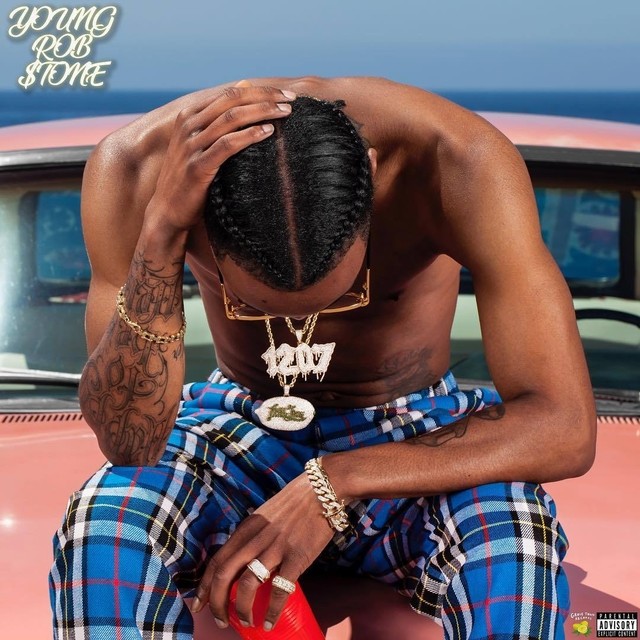 Rob $tone seemed poised for a big run when he dropped “Chill Bill” in 2016. The hit single spent 26 weeks on the Billboard Hot 100, peaking at #29 during its impressive run and getting a high-profile remix with Denzel Curry, DRAM and Cousin Stizz. But in the time since, $tone hasn’t been able to duplicate its success. He’s arguably better known for his beef with XXXTENTACION than any music he’s dropped in the last year.

His latest work, Young Rob $tone, arrives at a time when the San Diego rhymer could benefit from re-establishing himself in a crowded rap landscape. But such urgency is lacking on the project as $tone seems willing to coast by with palatable but forgettable records.

The nine-track project is casual to a fault, taking a laid-back attitude too far and making the music feel unimportant. $tone said he “wanted to get back to the basics and have fun” with this project, but it comes across more like he didn’t want to devote much effort to it.

Songs such as “Bussin” and “Grams” sound like rough drafts where one take was deemed to be more than enough. The project’s lowkey beats and $tone’s relaxed style only heightened this feeling and the rare deviations, such as the bland trap cut “Ion Sleep,” fail to match the quality of the records they aim to compete with stylistically.

What’s most frustrating about the project is $tone has shown to be capable of much better. While some may only think of him as a one-hit wonder, his past projects have displayed bold choices and creativity. He shows flashes of it here, mostly through his hooks and stronger beat selections.

The flute-centric “True Love” brings out crisp writing for the chorus, which is necessary since there’s only one verse. Such positives are often hampered by their brevity though, with songs concluding before they’ve reached any type of crescendo.

Young Rob $tone may simply be a something to hold fans over for a bigger and better release, but it’s also the type of record that can make a bad impression on new listeners. Fighting for quality over quantity might be a lost cause in this day and age, but disposable music like this is simply pointless. Both the artist himself and $tone’s fans deserve music with more craftsmanship involved.