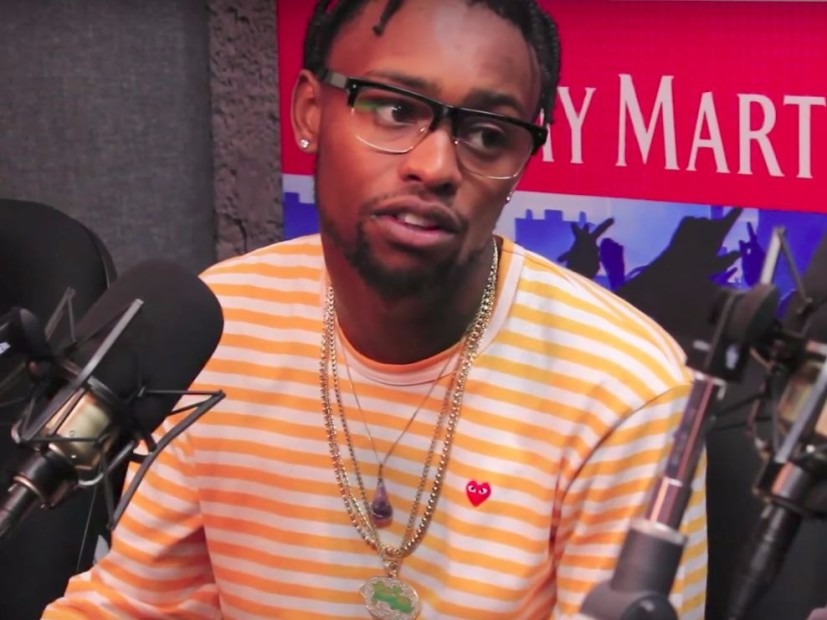 Rob $tone Talks XXXTENTACION Knockout & His Side Of The Beef

By now, everyone has seen the viral video of XXXTENTACION getting knocked out on stage while performing in San Diego and the crowd erupting into a “Fuck Rob $tone” chant soon after. During an interview with 92.3 LA, Rob $tone explained what initially ignited the beef, which he said kicked off while on Desiigner’s Outlet Tour. He felt X’s right hand man, Ski Mask The Slump God, disrespected him by jumping in on the San Diego native’s opening set.

“The very first show he run out on my set, like the third song, and started like mocking me kinda, pretending to turn up with me,” $tone explained. “Next show, I was like, ‘Yo don’t run on my set. If you gonna come on my set come at the end.'”

$tone then says Ski Mask tried to act like a “diva” and take his slot at his homecoming show in San Diego. After the performance, X came at $tone on Twitter, but $tone claims he and Ski Mask were talking through DMs trying to squash the tension while X was “gassing” the issue, making it worse.

Prior to the now infamous X show in San Diego, the Florida rapper apparently DM’ed the date of the event to $tone before the tour was announced. “He was taunting me the whole time,” $tone said.

$tone also said he tried to come to X “man-to-man” while the two were both in Los Angeles, but X started taunting him again. The rest is history.

When asked if he knew who jumped X, he said, “Nah bro.” He added he didn’t know who was stabbed amid the melee, but had a sense something would go down.

Speaking on the “Fuck Rob $tone” chant, he said those who participated in it weren’t “real San Diego.”

“The real San Diego loves me, bro,” he said. “And that’s all that matters.”