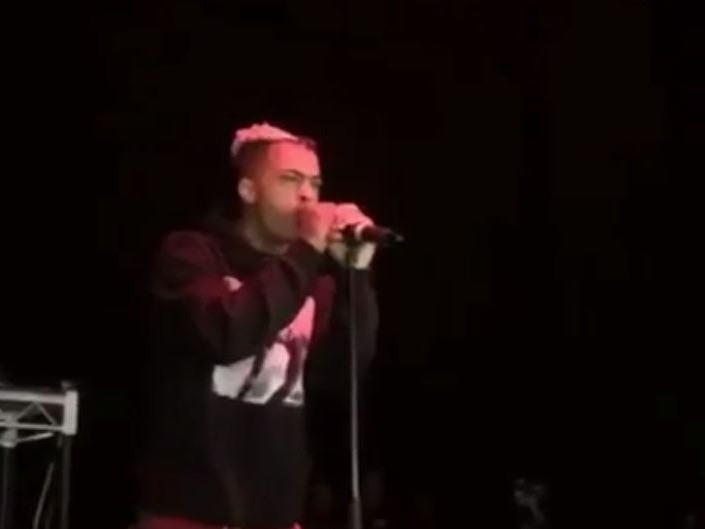 According to TMZ, the Observatory is planning to reschedule the stop of the Florida rapper’s Revenge Tour. Representatives for the venue were not available when HipHopDX reached out for comment.

Fans in attendance at XXXTENTACION’s San Diego concert Wednesday night (June 7) tweeted that a concertgoer had been stabbed, which has now been confirmed. According to San Diego’s Fox 5, a 19-year-old man was on the receiving end of a knife at some point after the assault on X.

someone got stabbed not sure who

A sergeant for the San Diego Police Department informed the news station the victim was treated for a non-life-threatening injury, a detail that contrasts the information X shared on Snapchat.

“you did good, your homie got a good hit on me! Wont lie! But how does it feel knowing your friend might die tonight because of you (not saying I had anything to do with the “stranger stabbing him) but ya homie not lookin too hot rn,” X wrote.

#xxxtentacion posted this last night after he was attacked on stage

The Florida rapper also sent out a tweet late Wednesday night (June 7) that read: “next time make sure you kill me so I can’t talk shit.”

X, who never names anyone in his social media posts, stated the entire incident was a set up, which he explained in an Instagram Live video. He also stressed he has no plans for retaliation and was not involved in anything that happened to his attacker.

“If y’all seen the video of them fuckin’ niggas running on stage, that shit was set up,” X said. “The venue set us up … I’m not retaliating. I ain’t doing nothing. Whatever happened to them, I don’t got no involvement. I’m letting everybody know from now. I have zero involvement in what happens to that nigga.”

As of Thursday (June 8), no arrests have been reported following the stabbing incident.