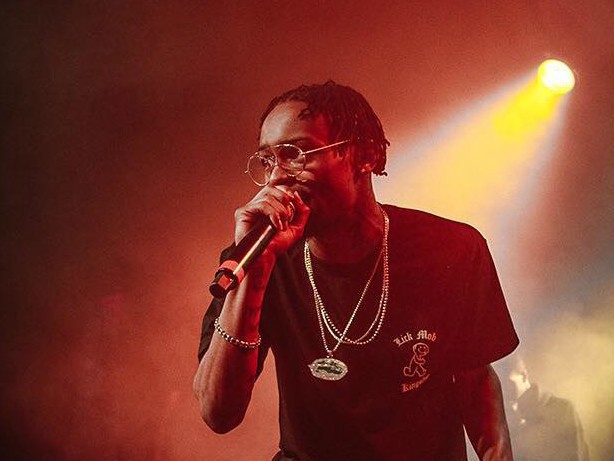 Rob Stone is keeping the ball rolling in his beef with Ski Mask The Slump God and XXXTENTACION. The Cali rapper dropped not one, not two, but three diss tracks against the Florida duo Monday (May 1) in the form of “Sender,” “W.W.E.” and “Trap Brazy.”

In an attempt to prevent any further confrontations, Rolling Loud has removed Rob Stone from its lineup. The Miami-based festival will take place this weekend with both Ski Mask The Slump God and XXXTENTACION on the bill.

“Due to recent events, the festival has decided that the safest course of action is to remove Rob Stone from the Rolling Loud Festival 2017 lineup in order to maintain a safe concert experience for fans and artists alike,” the event organizers said. “Rob was ready, willing, and able to perform, but we felt removing him was imperative.”

They paid me in full in advance not to show up at the festival. The promoter is their boy. They're all pussies. Whatever tho, see ya in CA. https://t.co/smXko0LPMI

so y'all know what the deal really is. I was flying in on a private jet cashed as fuck lol they paid me not to go for "safety & security."

But he doesn’t seem too concerned since, the same day, he was announced to be part of Jay Z’s Made In America festival.

Bro I just got put on Made In America you think I give a fuck about not being on rolling loud . I am hype as fuck right now lmao https://t.co/FnheWqatl2

Through it all, Rob’s fans have made their support clear.

@youngrobstone got pulled off one music festival & now he' preforming at an even bigger one pic.twitter.com/PmAuiaXWxx

@youngrobstone @TeeWaTT IM SORRY @xxxtentacion U NEEDA DO BETTER THAN LOOK AT ME, ROB STONE COMIN FOR U B !!! AND I CAN'T ARGUE WIT IT CUS THIS IS HEAT pic.twitter.com/esOj9fb0m2

Rob $tone is better than all those niggas he beefing with.

Aite look look look……….. y'all gotta admit that this is fucking hilarious https://t.co/YNWnGAY0My

Trap brazy is just incredible. I can not stop listening, congratulations. I love you baby @youngrobstone

I'm sorry but this song is popppppin & if you can't recognize… you're a hater lmao #sdreppin https://t.co/DmURS3tgzx

I ❤️when @youngrobstone grinds his haters the fuck up ? y'all really think he cares what u think. He's a young boul makin $ y u live @ home