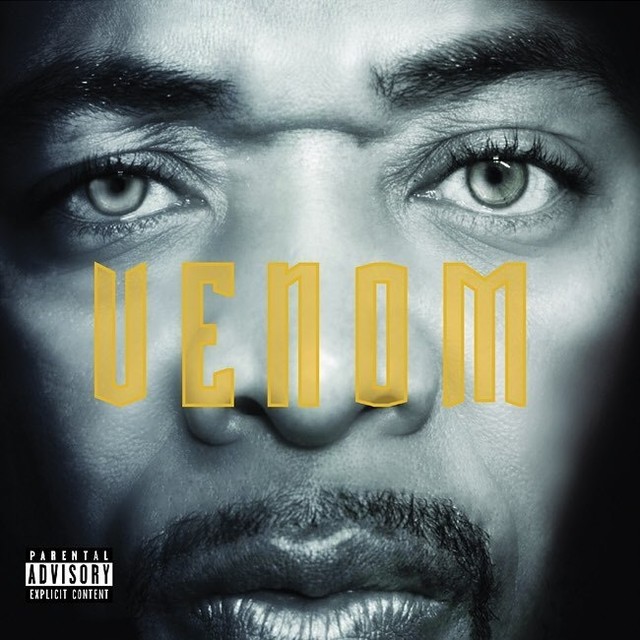 U-God is the Wu-Tang’s version of the Greek mythic character Sisyphus pushing a metaphoric boulder of burden up a mountain. (Or, you can call him the old Takeoff!) As he details in his new autobiography Raw: My Journey Into The Wu-Tang, U-God’s solo career momentum has been wrought by a myriad of mishaps in his personal life, and publicized legal disputes with RZA and Wu-Tang Clan as many of his bandmates have peaked with monumental solo success. His fifth solo effort Venom passes for a would-be Lamont Hawkins LP looking to settle the score on his personal and Wu family business.

The lion’s share of the production for the 14-track project comes from DJ Homicide and Jose Reynoso, with additional assistance from beatmakers such as Powers Pleasant, DJ Green Lantern and Large Professor. The album’s lofty yet palpable instrumentals imbue U-God’s deadpan vocal style, storytelling qualities and commanding presence, but several of the high points seem ephemeral.

The songs on Venom are mixed like a microcosm of his life and career peaks and valleys. The second track “Unstoppable” (scored by Powers Pleasant) finds U-God’s sounding somewhat clumsy over trap-oriented multi-layered hi-hats, pop-friendly synths, and five-step snares. U-God resonates the most in his pocket for the posse cut and lead single “Epicenter” with Raekwon, Inspectah Deck, and frequent collaborator, Wu-affiliate Jackpot Scotty Wotty. The resolute stride of the album’s enduring pace on “Bit The Dust” with a bluesy guitar loop as Golden Arms wrests ears with his subliminal jab at RZA (“See bank deposits, walk-in closets/See Robert ‘digging’ all in my pockets). There is a yin and yang moment that switches from light to dark between the radio-friendly romantic jingle “Elegance,” and “Felon,” which touches on his multiple incarcerations and displacement in society, and the current generation of lyricists on “Climate.”

It’s just too bad the album begins to lose steam at its midpoint caused by U-God’s lack of lyrical depth and charisma in the choruses. The title track has an intro with U-God defending his 2016 lawsuit against Wu-Tang Clan, yet shielding them against outsiders looking to infiltrate his “family.” As the most anticipated title track builds up with a resounding gospel organ, the vocal sound too technical without much swagger due to its bare refrain and U-God’s double-timed rhymes that sounds exhausted. Plus, “XXX” featuring Method Man has them proudly both stuntin’ on some ex-chicks with U-God’s cringe-worthy Auto-Tuned vocals for the hook. The downward spiral swirls further as U-God’s chorus and ad-libs are stale fillers for the boom-bap brass samples on “Whole World Watchin.” Finally, Jackpot Scotty Wotty appropriately titled solo track “Jackpot” detailing his sidelined rap career comes off as a paint-drying attempt to mirror GZA’s wordplay from his 1995 single “Labels.”

His monotonous maxims counterbalance the acerbic lyricism and wordplay of his fellow Clan members in their classic singles such as “Protect Ya Neck,” “Da Mystery Of Chessboxin,” “Triumph,” and Ghostface Killah’s “Cherchez La Ghost” and “Winter Warz.” This album may be his best food for thought that listeners can digest without coming through RZA’s console.