Review: Lonzo Ball's “Born 2 Ball” Mixtape Is The Polar Opposite Of "Illmatic" 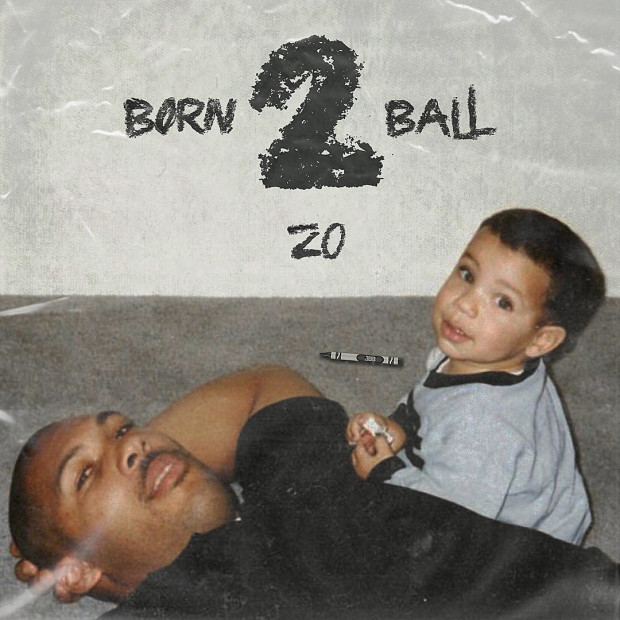 NBA rookie star Lonzo Ball is reaping the benefits of fame and fortune as a 20-year-old millionaire in Los Angeles, the entertainment capital of the world. He’s the cornerstone of his family’s Big Baller Brand, and Lakers team president Magic Johnson publicly appointed him as the future face of the franchise. After trolling Nas with his infamous hot take on the nature of “real Hip Hop,” it’s a natural progression for Ball to release his Born 2 Ball mixtape on his own Big Baller Music Group label.

The majority of the 17 tracks sound like pale derivatives of the Atlanta trap sound architected by Zaytoven’s production techniques (i.e. MPC-sampled synths, pared-down drum patterns, quick hi-hat shuffles, hand-claps and extended 808 bass thumps). Lonzo is a neophyte rapper with a laconic delivery, searching for how to engage emotion with his vocal tone over the beats. He emulates his Migos idols, just as he did lip syncing “Bad and Boujee” on TV, throughout most of the project’s 53 minutes.

The only listed collaborators on the tracks are newcomer DC The Don (who was Ball’s former Chino Hills High School basketball teammate) and rapper/singer Kenneth Paige, who assist with occasional raps and Auto-Tuned vocals for the choruses and hooks.

On the opening track “Grind Mode” featuring DC The Don, Lonzo jumps out with an intensified, staccato cadence to impress both fans and naysayers. DC The Don matches Lonzo’s flow with his own high-register delivery over a beat that mimics the minimalist production style of Drake’s resident engineer/producer Noah “40” Shebib.

Predictably, Lonzo consistently muses about his newfound reality as a hot ticket in the City of Angels to the point that his braggadociousness becomes boring. He repeatedly touches on his celebrity lifestyle filled with expensive cars, money, and fighting to keep thirsty women at bay. He briefly proselytizes his Christian faith, but keeps the product placement heavy with advertisements for his $495 signature sneakers and by hyping Big Baller Brand on “ZO2” and “BBB.”

On “LAML (Look At My Life),” Lonzo frames his father’s failed multi-billion dollar Nike sneaker deal pitch as the company’s loss, not their own. (“Man, Nike couldn’t pay us/ Yeah, they really tried to play us/ New crib hella spacious/ Inside elevators”).

The beats sonically blend into each other without much depth or range of content, and the choruses are as dry as vulture-picked bones in the desert heat. But the middle of the mixtape has songs such as “Super Saiyan,” “Bring It Home,” and “Freestyle” that have enough buoyancy for a nighttime Cali joy ride.

On the final song, Lonzo shows his unremitting love for his father and plays interview clips of him on draft night in June 2017 with his congratulatory ode simply titled “LaVar.” The lyrics show a more introspective side of Lonzo, and characterize a more personal relationship with his bombastic father. “People lookin’ crazy, askin’ is it hard?/ I just laugh ’cause I know they talkin’ ’bout LaVar/ Y’all can hate him, that’s my pops though/ First one that’s there for me once it got cold,” he raps.

This rap album is Lonzo’s platform to declare that he wants to be taken seriously, and the photoshopped image of himself replacing Nas’ face on the iconic illmatic album cover could be seen as aspirational. But, as much as he claims the Queens legend’s music is antiquated, Lonzo’s debut album proves to be an ill-fated outing without any significant meaning, depth or contribution to Hip Hop.