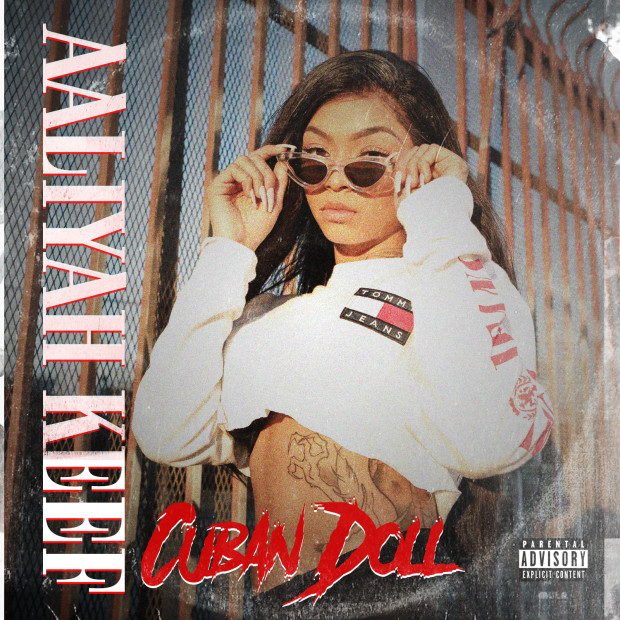 19-year-old overnight Instagram celebrity-turned-rapper, Cuban Doll (or Cuban da Savage), revels in her good looks but now has a real flow to match. The up-and-coming starlet dabbles in the slowly dying genre of ‘mumble rap,’ and is still fairly new to both Hip Hop and her artistry. On her now breakout albumixtape Aaliyah Keef, her rookie nature both shines and shows off her underdeveloped songwriting skills.

The name, Aaliyah Keef, is a reference she makes to two aspects of her personality, “‘Aaliyah’” for her ‘cute side’ and ‘Chief Keef’ for her ‘favorite rapper.’” A deeper dive into the project proves the title was unlikely a guiding factor for the identity of the project (the only Aaliyah vibes come courtesy of the cover art). Aaliyah Keef instead embodies a great amount of Keef’s style and drill sound in every track.

Sounds from the Bay Area also prove to be a major influence for Aaliyah Keef’s makeup. The Texan rapper incorporates the gritty West Coast bounce sound in addition to featuring representatives of the genre, SOB x RBE, OMB Peezy, and Mozzy.

Cuban definitely knows how to bring in good time, but truthfully, only about half of the project’s 14 tracks from the 36-minute tape make a splash. “Don’t Like Me” is one of the best records, moonlighting as the signature anthem for any saucy diva with lyrics like, “Bitches don’t like me/That’s a personal problem/Bitch if you scared, go to church/Pray about it!” In spite of such defiance, her point is well-worn by that fourth track and the project would have packed a more impactful punch if the rest of its contents were dropped since they act as a deadweight in comparison. Such tracks as “Flaw Shit” and “Racks Up” feel redundant in both production and subject. The lack of amusing hooks is instead swapped for tired verses on meaningless topics such as, yes, Instagram beef. And although she’s definitely not lacking for anything in the swag department, her lyrical arsenal could stand an upgrade — at least when it comes to crafting unforgettable catchphrases.

Her last mixtape contained more variety in subject and production, but day one fans will notice Aaliyah Keef indeed serves as the overall stronger project. Noticeable singles like the rowdy “Bankrupt,” “Tonight” with its scenic hood landscape and hazy “Blue Cheese” are more compelling and display her growth and identity as an artist.

And such versatility to be aggressive and display growth indicates bigger and better music is on the horizon for the teenage idol.