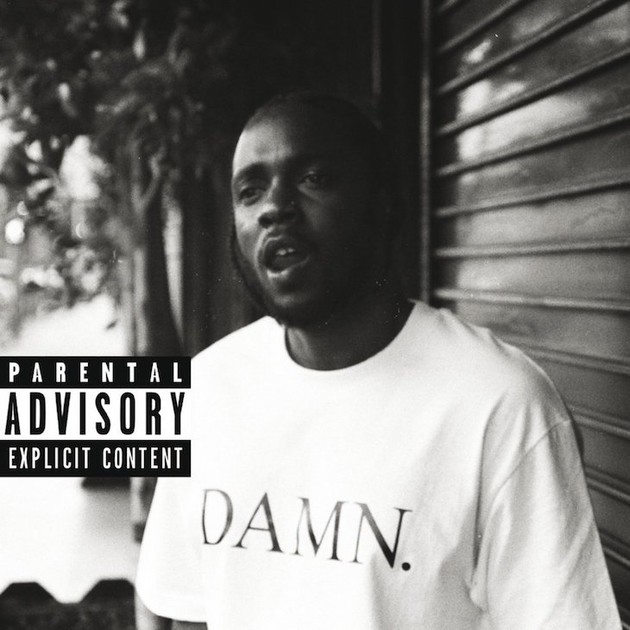 Ever since album rollouts predominately focused on digital premieres securely landing in the laps of the Apple Musics and Spotifys of the world, the notion of the album leak has become a sort of cached afterthought.

Yet on April 13, 2017, (proactively known as DAMN. Eve for context purposes), anxiously the public couldn’t wait and Kendrick Lamar & Co. saw his heavily shrouded new album spill all over the e-streets a day before its intended release date in inferior WAV and MP4 formats. What occurred loudest through the rabid search history for illegal files would go on to become a shred of legend that would forever change the soon-to-be-Grammy-nominated album’s narrative.

Tenured TDE producer Sounwave — instrumental in a convincing eight instrumentals on the LP — took to Twitter to curve fans from believing they had the complete listening experience at their unauthorized disposal.

“But what if I told you… that’s not the official version..,” he prophetically wrote, later adding a picture of Laurence Fishburne’s iconic Matrix character, Morpheus, to deepen the effect.

But what if I told you… that's not the official version..

Of course, that unforgettable scene packed on more layers than just Fishburne’s enchanting baritone and thousands of fans applied the juxtaposition of the classic “Red Pill/Blue Pill” segue into the equation.

Sounwave later clarified his tweets writing, “The ‘unofficial version’ I was referring to was the leaked version that’s missing important interludes and vocal pieces…,” but hey, the damage had been done like when Cypher went rogue.

Fan theories and photoshopped cover arts blanketed the web, even after the album was liberated. For a cool 36 hours, many were under the impression that a second album was to be released on Easter 2017, in hopes that intro “BLOOD.” — where our Kung-Fu Kenny’s 29-year-old life came to an abrupt end — offered a resurrection option. Such folklore eventually lost its support and the masses would go on to appreciate DAMN. for being the masterful work of art it is.

Not only did Kendrick revel in honest confliction between moral and immoral, his now untouchable lyrical dexterities meshed flawlessly with production that seemingly possessed a pulse of its own. Whether it was vibrant keyboards, glimmering hi-hats or subtle bass, all moving parts from the production ensemble cast (Mike Will Made It, Alchemist, 9th Wonder, et al.) coexisted in a labyrinth of aural delight.

Yet, the belief that a second album existed through the looking glass lingered and only increased its following as the months rolled by — an easy task for playbacks in today’s streaming society. Shotgun rider Kid Capri’s final appearance on album closer “DUCKWORTH.” (“Just remember what happens on earth stays on earth! We gon’ put it in reverse!”) gave said belief an unchecked box on the Scantron that has culminated into the DAMN. Collector’s Edition.

With no additional interludes or rearrangements to alter the story arc, Team Top Dawg powers through with arguably the easiest promotional boost in history. An armored jock strap in the wake of the uneasy competition going into nearly ever Grammy category next year.

The switcheroo has its merits: opening up with a sobering backstory in “DUCKWORTH.” is a more digestible option than starting with “DNA.’s” combustible spontaneity, yet, a record like that instantly send a message to peers and fans alike that the gloves aren’t not only off, but they weren’t even brought into the ring in the first place.

Flipping the script also puts the weightier material such as the theological “GOD.” and “FEAR.” (which still stands as the album’s most soul-baring spotlight) on the front lines and puts pressure on a breezy warmup in “YAH.” to do the impossible and Justin Gatlin the Usain Bolt.

What the 180° pivot does accomplish, however, is giving the narrative the unhappy — and in many instances, realistic — ending of the black man’s plight. By straying away from “GOD.” so early and downsliding toward “LUST.” instead of “LOVE.,” our Compton hero gets acquainted with the same bullet that caused the character from “Sing About Me’s” first verse to depart this earth with plenty of unfinished business.

Shortly before the end of Summer ’17, Kendrick Lamar politely copped to the theory, telling MTV, “It plays as a full story and even a better rhythm … It’s something that we definitely premeditated while we’re in the studio” but the truth of the matter is a great music body plays out incredibly in any microscopic value (especially when we’re highlighting one of the greatest albums to be created this decade).

Front, back, stop and stutter — shuffling through records is a concept exploited by the CD Discman and doesn’t necessarily perfect the imperfection of Kenny’s latest greatest. Regardless of how we continue to itemize music to consume, tracklisting and flow will always be important. That said, a little shake up in song order isn’t nearly enough to disrupt Kunta’s groove when it comes to DAMN.’s magnificence.