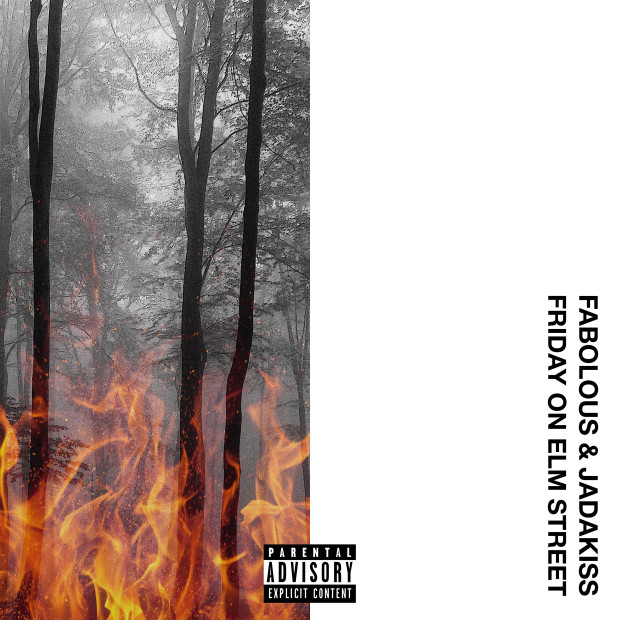 Amid the steady decline of fully functioning Hip Hop groups in the 2000s, with solo artists now very much at the forefront of the game, one recent upshot has been the rise of one-off collaborative albums between rappers.

From superstar headliner duets by JAY-Z/Kanye West (Watch The Throne) and Future/Drake (What A Time To Be Alive), to the more subterranean stylings of Skyzoo/Torae (Barrel Brothers) and the long-rumored, appetite-whetting Roc Marciano/Brownsville Ka pair-up Metal Clergy — not to mention the numerous one MC/one producer projects – it’s proved to be an enduring trend that has crept into all corners of the Hip Hop landscape.

The intro offers early promise, with Charles Bernstein’s “A Nightmare On Elm Street Theme” masterfully fused with EPMD’s “You’re A Customer” beat to create a startling backdrop for Loso to compare himself to ol’ razor glove, taking vicious swipes at his detractors as he spits: “It’s getting spooky out here/Whole lotta Nino Browns done turned Pookie out here.” The instrumental then flips for Jadakiss’s part, as Biggie’s “Dead Wrong” drums are threaded through a disorientating loop of the “Friday The 13th” score to introduce his Jason character.

While it’s indicative of Jada and Fabo’s impressive vocal chemistry on display at times during the album, the Freddy vs. Jason standoff concept set out here is only occasionally referenced later on, and remains a vague concept lurking in the background that is never fully fleshed out.

“Can We Talk,” which features Teyana Taylor on the hook, is projected as the album’s socially-conscious centerpiece, in which both Jada and Loso take a stridently political approach, reflecting on the Black Lives Matter movement, Colin Kaepernick’s stand (or, more accurately, knee) against injustice, and the inequalities of the American school system.

With lines such as “We need a one-on-one, before it goes gun-on-gun/ People skip the front page till they see their son on one/ Now it’s too late to talk, the topic has changed/ They shooting at black targets like these cops at a range,”  on the surface it seems a vigorous, bold examination of police brutality and gun violence. However, given that both Jada and Fabo built their early mixtape reps with hard-rock lyrics suggesting first-hand knowledge with the business-end of a revolver, the track’s sentiment ultimately rings hollow, and comes off as more than a little contradictory.

“Ice Pick” — a Jadakiss joint that features fellow LOX member Styles P — is a punchy understated gem in which Jada serves up some “Vincent Price shit” and modestly compares his verses to novels. But Styles P’s “killing for sport” motif on his verse awkwardly conflicts with the earlier BLM perspectives of “Can We Talk.”

Speaking of guest spots, “I Pray” sees an at-best-fuzzy religious theme further clouded by a terrible Swizz Beatz feature, with Swizzy once again indulging in his time-honored habit of dropping dreadful hooks on tracks (see also: “Summer On Smash” and “Welcome To The Jungle”).

“Nightmares Ain’t As Bad” is better executed, offering a positive, rousing counterbalance to the earlier sociological despair. But its running time is barely two minutes, with Loso riding solo on mic duty, rendering the track disappointingly brief and serving essentially as a skit.

Musically, the album recognizes that Hip Hop’s center of gravity tilted firmly and irrevocably southward many years ago, and offers a few awkward concessions in that direction, which unfortunately fall flat. Any track where Future teams up with Fabolous and Jadakiss would have to be well-balanced to work, and their collaboration, the trap-heavy “Stand Up,” quickly unravels.

Instead, it’s during the throwback-styled joints that Jadakiss and Fabolous are in more familiar territory, and truly find their focus. “Marvin (Theme Music)” — the album’s standout cut — drips with breezy, vibrant soul, while the pounding drums of “Soul Food” carry faint echoes of those early ’00s NYC mixtape Just Blaze-soundtracked glory days when Fabolous and Jadakiss were on the rise. Which, in the end, is part of the underlying problem with Friday On Elm Street.

Jadakiss and Fabolous may be certified NYC rap royalty, and the album certainly reaffirms their rapping ability, but the broader Freddy vs Jason theme is never really defined or explored, suggesting the duo were unwilling to step outside of their Big Apple #BARS comfort zone into something more conceptually ambitious.

Ultimately, it leaves the album with a makeshift mixtape feel.