Review: "Grey" May Be Kweku Collins' Calm Before The Storm 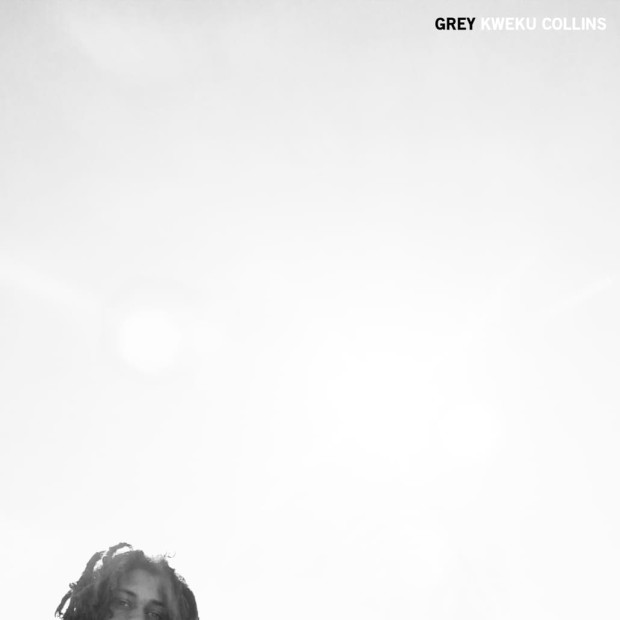 Kweku Collins has left his teenage years behind with half a decade worth of craft-honing. In fact, if you dig deeper, you can trace his love for music right down to his formative years, during which he remembers playing African drums on stage alongside his dad. Hailing from a musical family in the suburbs of Evanston, IL., adjacent to the constant of Chicago’s notorious inner city turmoil, the 20-year-old rapper is now a multi-talented force to be reckoned with. Writing, recording and self-producing his own work from the comfort of his bedroom, Collins’ music has becoming increasingly self-assured since 2014’s debut EP, Say It Here While It’s Safe. However, over the course of his last three efforts, including last year’s debut LP, Nat Love, and the current frontrunner, Grey, “comfort” isn’t exactly the prevailing mood. Sure, he sounds comfortable, effortlessly conjuring melodies that gracefully tread the line between spoken word and rap, rap and R&B, but his musings are often the product of a conflicted soul.

“I was born in a city of arms,” he opens on the intro, “Lucky Ones,” at once building a world where he sees himself as blessed, chosen to be a voice for the voiceless. At this stage of his career, he no longer appears to shy away from the accompanying challenges of having such a platform. Instead, his flowery language (with roots in slam poetry) demands closer inspection and his elastic vocals, shifting between a playful baritone and distorted, warbled, auto-tune, are utilized to great effect. He crafts pop-friendly singles on his own terms, such as on the infectious, Allan Kingdom-assisted track, “Aya,” but feels just at home on the more minimalistic, aesthetic driven canvas of “Oasis2: Maps.”

While Nat Love showcased a more colorful palette of sounds, Grey zones in on its namesake, sounding like the dead of winter, even at its most cheerful. As with his previous efforts, he embraces the muddled, oft-disorienting nature of youth, but finds himself brimming with new, foreign ideas as he expands his own horizons. He dismantles artificial borders on tracks such as “International Business Trip,” only to rebuild them in the form of self-doubt on the following cut, “Youaintshit (Shine On).” It’s the sound of newfound knowledge weighing heavy on his inner child: “It feels like a whole new world.”

Collins appears to have an eclectic range of influences. His free-form delivery takes cues from the likes of Chief Keef, while his fluid, observational writing style is more in the vein of another Chicago native, Chance the Rapper. When he wants to slow it down, he plays with his enunciation, pronouncing “fine” like “fawn,” and has enough command over his chosen themes to color even the most naive navel-gazing with more somber, personal introspection. Outside of rap, he seems to borrow as equally from the likes of James Blake or Justin Vernon, melding their vocal stylings and melancholic songwriting with his own outsider perspective.

Somehow, over the course of 31 minutes, he manages to speak from the outside looking in, as well from the inside looking around. The closer, “The Continuation,” suggests more to come — more soul-searching, more trying-to-see-where-we-all-fit-in-this-crazy-world — and if his sonic progression continues to feel as natural as it has thus far, Kweku Collins may be on the verge of something truly great.