Review: Mary J. Blige Dons Her Brave Face For "Strength Of A Woman" 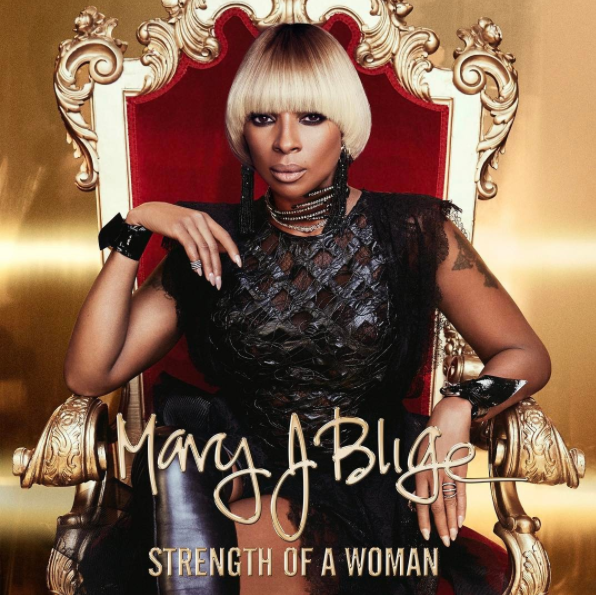 There isn’t a dedicated Hip Hop fan alive who doesn’t remember the standout guest vocals from Mary J. Blige on Method Man’s 1995 smash hit “I’ll Be There For You/You’re All I Need To Get By.” The undeniable air of cool she exuded as she sang alongside one of Wu-Tang Clan’s most infamous members was unforgettable. Twenty-three years later, the Queen of Hip Hop Soul has a litany of classic albums under her belt, including What’s The 411, My Life, Share My World and Mary. Each project played like a deeply emotional, sonic diary she used to purge every raw emotion she was experiencing. From substance abuse and depression to a string of failed relationships, her life circumstances provided enough fuel to sustain her fairly consistent artistic output.

While she may have quelled her drug addiction and alcoholism, the Bronx native’s 13th studio album, Strength of a Woman, finds her tackling a familiar subject — the dissolution of another relationship. This time, however, the stakes are much higher. In July 2016, Blige announced she was divorcing her husband of 13 years, Kendu Isaacs, after she discovered he allegedly spent over $400,000 on a mistress and had been unfaithful for years. Her estranged ex and former manager is reportedly seeking spousal support, which could result in an ugly court battle in the near future.

Therefore, Strength of a Woman comes at a pivotal time in her life, as she learns how to be alone again for the first time in over a decade. Beginning with “Love Yourself” featuring Kanye West, the 14-track confessional swings from feelings of empowerment (“Glow Up” featuring DJ Khaled, Missy Elliott and Quavo) to moments of defeat (“It’s Me”) to just every other emotion in between, including anger.

On “Set Me Free,” she sings, “There’s a special place in hell for you/you gonna to pay for what you did to me/I’m gonna tell you/because the truth will set me free,” words that evoke an image of the scorned singer sitting in her studio furiously jotting down the lyrics while she attempts to make sense of her crumbling marriage. The track also offers up one of the most telling lines of the project when she says, “And what I found out ‘bout you was enough to go insane/all this time to think that you were just here for my name,” which must have been an excruciating realization that the person she thought would be with her ’til death do they part was seemingly using her to fulfill his own selfish interests.

Pain is practically synonymous with art, so it’s not surprising Blige has delivered another round of raw, gritty and emotionally transparent songwriting. Penning the album was likely just as beneficial for her as it is for her fans who get to listen to it. Musically, “Telling The Truth,” produced by Kaytranada and BADBADNOTGOOD, is one of the most sonically enticing with its stripped down drums and slow, syrupy soul essence. Album closer, the funky “Hello Father,” ends the 57-minute journey on a spiritual note and reveals her means to salvation — her belief in something greater than herself, which is sometimes the only way to survive such a traumatic event.

Despite the self-empowerment theme of the album intro, the aforementioned “Love Yourself” with ‘Ye, it’s easy to question if she’s truly as strong as she’s trying to portray. Anyone who’s suffered through a humiliating and extremely public breakup presumably spends at least a few nights crying themselves to sleep. For the 46-year-old powerhouse, however, it’s clear music is her catharsis and Strength of a Woman will inadvertently not only help her muster up the courage to carry on but will also inspire her fans to do the same.