Review: Oddisee's "The Iceberg" Too Deep For Mainstream Titanic But Still A Worthy Gem 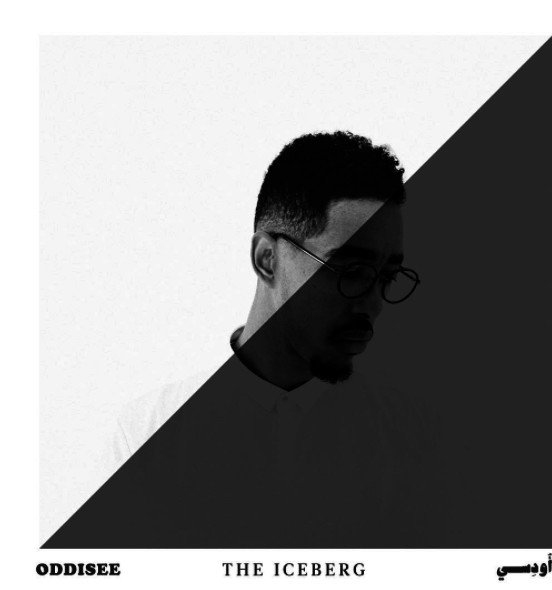 After sharing two singles from the project, “Like Really” and “Things,” Oddisee (real name Amir Mohamed el Khalifa) has completed his journey and delivered the final 12-track product, The Iceberg, a clear return to the Washington D.C. artist’s Hip Hop roots. His last project, 2016’s The Odd Tape, was purely instrumental and showed off his aptitude behind the mixing board, however, with this one, the Diamond District vet is rhyming on every track. And it gets deep — really deep, and really fast. The properly titled album opener “Digging Deep” finds him enthusiastically instructing listeners to “get into it” as he raps about empathy, while the follow-up, the aforementioned “Things,” is impossibly infectious with its ‘90s-flavored dance beat. Adjacent standout “You Grew Up,” however, is where it starts to get more complicated. The 32-year-old Oddisee, who was born to an African-American mother and Sudanese father, opens up about one of the first white friends he ever had and how their relationship “changed when his pops got laid off.”

“He blamed my father for the loss of his job,” he spits. “He said immigrants robbed citizens jobs/And I better never set foot again in his yard/As we became adults in a cult called America, he got himself a job as an officer of law/My thoughts got blacker and his views got cracker/There was no way backwards, to the roots at heart/Many years apart, I recognized him in the news/He shot a black man that was sitting in his car/Near the same park where we used to shoot hoops/And all I could blame was the cause.”

The narrative is especially poignant considering America’s socio-political climate and the proverbial spotlight on police brutality. He also broaches the topic of wage inequality on “Hold It Back,” another strong right hook into the face of modern day society. “I make more than my sister/cause I was born as a mister/and I ain’t never been to college, and she graduated honors/yet my boss think that I’m a better fit, huh/well, that annoy me more than cargo shorts,” he says. He continues his lyrical assault with “NNGE (Never Not Getting Enough)” featuring Tonie, where he says, “I’m from Black America/this is just another year/if you’re new to disrespect by your elected puppeteers/well let me show you how to persevere,” a brutally honest reflection on the fact things are really not that different for him and other minorities.

He specifically calls out the U.S.’ current POTUS on “Like Really,” when he asks, “How you gonna make us great, when we were never really that amazing? ” as he tumbles through the near disbelief he feels facing what’s going on all around us.

Aside from his dynamic, thought provoking lyrics, the carefully crafted compositions are in a league of their own. Elements of disco, jazz, soul, funk, Hip Hop, and R&B seep into every offering, providing a depth of layers that prompts a need to further explore the musical landscape he’s created. “Rights & Wrongs” featuring Olivier St. Louis (one of the only two guest spots) ends the album on an incredible note with Louis’ soulful singing and the funked-out grooves that permeate the track. It’s almost like a trip back to the ‘70s, perhaps the trek Oddisee intended to take us on. As far as status elevation, the nearly 45-minute album might just be too smart for a mainstream audience, who seemingly prefer hollow, bubblegum rap to intelligently constructed social commentary. Yet, this musically diverse Hip Hop package will provide a suitable soundtrack for those who still prefer their rap iced-out with depth.