Review: KXNG Crooked Reinvigorated On "Valley Of The KXNGS" 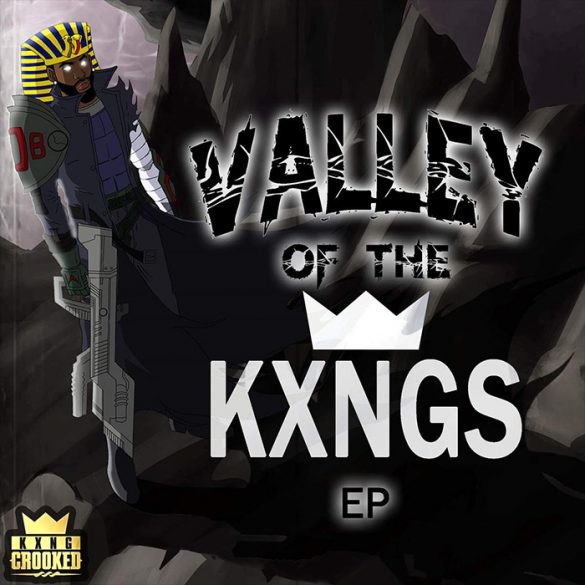 Few credible rappers know about being a testament to rap longevity being a marathon like KXNG Crooked. His presence has transcended multiple decades since his 90s infancy with Death Row Records. Though still considered underground compared to Long Beach’s ambassador Snoop Dogg and the city’s latest crown prince Vince Staples, his road to becoming an elder statesman was highlighted by the digital impact made before he was able to translate amongst the culture’s greater audience.

An early adopter of internet marketing techniques, KXNG Crooked’s year long 2007-2008 Hip Hop Weekly series ultimately set the wheels in motion for him to join Joe Budden’s rhyming brain trust Slaughterhouse. With the group’s status in limbo, the bar-heavy quartet has been forced to keep their names alive separately, leaving its hungry West coast representative with no choice but to have quite the productive solo 2016. Not even a full 12 months since Statik KXNG (his decent collaborative effort with Statik Selektah), Valley of the KXNGS is a short player designed as a precursor to the immediately scheduled follow-up LP, Good Vs. Evil.

Proof positive of KXNG Crooked’s arduous work ethic, Valley of the KXNGS is a display of showmanship thrown out as a means of setting himself apart from today’s endless stream of releases. Intent on presenting his skill from a number of angles, each of the six single word expressions reflects a different inner vision he’s determined to convey. “Kxng” somewhat channels the rapid fire and crude spirit of his sparring partner Royce Da 5’9, as he explains the awkward spelling of his new stage name with “The X is a Roman numeral/For 10 times better than I ever been, sick since an embryo.”

Proving that KXNG Crooked has advanced far beyond the limitations of mere trash talk, “Next” is a cautionary premonition directed to the forthcoming crop of emcees. Here he warns against getting caught up in the various trappings of fame, glitz, and glamour, detailing everything from being tested for materialistic flashing, extortion, substance abuse, groupies, and the cyclic nature of how flash in the pan sensations ultimately fall off. More than a run of the mill money anthem, “Scratch” places a modernized spin on West Coast classic riding inflections, with KXNG Crooked celebrating the accrual of luxury’s spoils while honoring his roots via interpolation of his hometown legend Domino’s “Sweet Potato Pie.”

Despite being a random collection of ideas without a set theme, Valley of the KXNGS further cements KXNG Crooked as a creative force to be reckoned with. The sentimental “Song” sounds like an homage to his Shady Records boss Eminem, as he expounds on the musical legacy he hopes to leave behind and how his unexpected career steered his fate down a brighter path from the murky roads he once traveled. Giving listeners the full gamut of his personality, “Experiment” delves into conspiracy theories surrounding a master plan to keep minorities held back, and conversely “Fun” is an acapella three-minute semi-freestyle that pulls no haymakers. Having the time of his life without the restraints of coloring within the lines, KXNG Crooked spits venom at Don King’s support of Trump and even makes light of his teammate Joe Budden’s recent ordeal chasing after pesky Drake fans.

Consistently pushing himself to surpass any of his perceived boundaries, KXNG Crooked can’t be easily pigeonholed as he not only loves rapping, he clearly cherishes the thought that goes into each verse and song concept. Having finally graduated to the status of a young O.G., the sky seems to be the limit as he continues making competition for his elder peers while setting a worthwhile example for newbies to follow.