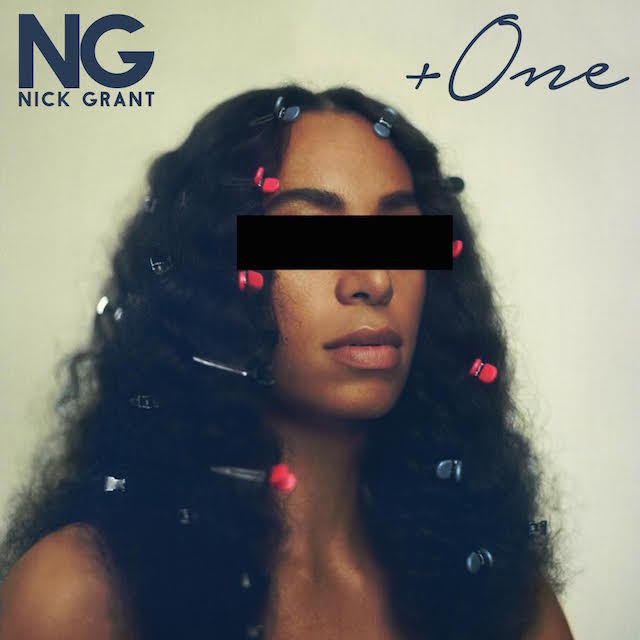 Breaking from underneath a glass ceiling, shadow or whatever ethereal standstill metaphor you prefer isn’t an easy feat but Solange indubitably accomplished such with the release of her recent album, A Seat at the Table. By bridging lasting melodies with self-awareness of the United States’ current racial conflicts, an infallible impression in modern-day R&B was cemented. South Carolina-born, Atlanta-originated rapper Nick Grant has taken it upon his self to add another chair to the equation — his own, with the A Seat at the Table +One project. At just four songs deep, Grant tackles the album’s best two tracks in “Cranes in the Sky” and “Don’t Touch My Hair,” the one with Lil Wayne and the one that brought a 90’s fashion slogan back, and proceeds to get busy with his nouns and verbs.

After breezing through the painless listen of +One, it isn’t quite clear if Grant became overly inspired by Solange’s empowered compositions or if he simply wanted to catch a ride on a surefire wave. All four tracks follow the same premise of giving the floor to the 28-year-old wordsmith for a handful of minutes before fading out with the choruses of the original records. Instead of ingraining his creativity into the records and showcases why S.C. has officially arrived in the rap game, he opts to flex battle bars on the majestic beats. That’s not to say those sinister chords from “F.U.B.U.” didn’t call for a bit of lyrical peacocking (“Bitch I’m buzzing like Operation/Just stop the hating”) but hey, once you get pinged to be of the next lineage of upper echelon MCs, even double timing rhyming doesn’t exactly differentiate you from the loads of SoundCloud rappers out there.

While the EP falls Snapchat short of elevating the artistic foundation laid by Solange, Grant still earns stripes for his limber wordplay and attention to detail in the penmanship. The piano two-step of “Mad” gets morphed into “Mad (the Breakup)” where the moral of the story reads even success doesn’t cure the pain caused by (one of) the ones who got away. “2Hair Care” a.k.a. “Don’t Touch My Hair,” takes the top dish of the small potluck with its admiration of the brown skin lady, complete with sly punchlines for their daily oppositions throughout this thing called life. Four songs may be a bit on the skimpy side but no one will accuse Young Nick of lacking bars after digesting this joint.

+One won’t ignite a fevered interest in Grant’s upcoming Return of Cool project he plugged at the end of the EP but the future is loaded with positives for the ambitious lyricist. Come nomination or disappointment, Chance The Rapper’s forthcoming Grammy campaign will only spell warranted attention for like-minded MCs and given his close proximity to T.I. (who has been on his own pro-black power kick; they both share a wisdom source in Grand Hustle’s Jason Geter), Grant should see his fan base multiply thanks to the skills in his repertoire.