Review: RiFF RAFF Wins Again At Being A Disgrace With "Balloween" 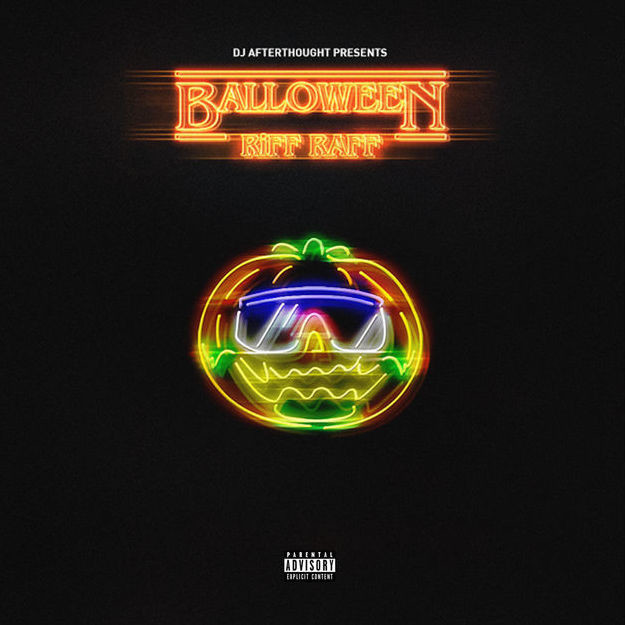 Never giving even a hint of consideration towards Hip Hop’s unwritten rules (i.e. place thought and sense into your raps), the entity known as RiFF RAFF is an experiment that thrives squarely around the attention it receives. Having gone on record claiming he isn’t Hip Hop (despite rhyming over our genre’s familiar rhythms and developing a public persona that suggests otherwise), the most logical assessment views him as a 34-year-old caricature endlessly devoted to shtick. As a result, disapproving onlookers have been left offended (or confused at the very least) as his whiteness prospers off of buffoonery that primarily comes off as black mockery.

With Balloween, RiFF RAFF persists at treating rap, his image within it and the world around him as if he’s above the maturity required of a well-adjusted human being. Operating around the “all news is good news” maxim, his utter lack of regard is rather off-putting as he spits in the face of quality control, ultimately aggravating those inclined to taking art seriously. Undeniable proof of a widened generation gap, he’s a mental midget whose stunted growth caters to teenage aux cord enthusiasts who just got their driver’s licenses, ironic nerdy DJs who open up at Downtown LA Hip Hop shows, and the drugged out attendees at these youth-driven soirees using music as just another escape mechanism.

“Back From The Dead” sounds like a blinged-out spin on the most popular Tetris theme song, with Riff Raff’s trademark goofiness making nonsensical claims of having Versace gingivitis (this apparently being his favorite fashion brand to name drop alongside other random nouns including a wallet and salad on Balloween). A fine melee of messiness, DJ Paul channels the crunk spirit of vintage Three 6 Mafia on “Fuck ‘Em All” (which is ruined by Quavo’s horribly recorded vocals), while Houston legends Lil Flip and Lil Keke tag along for the authentic yet meaningless 8-minute “Aqua Berry Freestyle (Remix).” In turn, young OG Trae Tha Truth makes his best effort at a solid performance on the comically exaggerated “Diamonds Jumping Off My Necklace,” but RiFF RAFF is barely capable of inspiring any of his guests with a perspective mostly confined to codeine consumption and hyperbolic stunts derived from rabid degeneracy.

Having designed a quasi-career off of pushing the limits of absurdity, Balloween has RiFF RAFF and his Jordans tiptoeing into territory that’s bizarre even by his standards. “Bitches in My Driveway” just begins to scratch the surface with eternal manchild Andy Milonakis living up to his weirdest expectations, while “Sold the House” is a meaningless techno instrumental that literally exists without rhyme or reason. As if this weren’t enough, “Take You Away” and “Heart of Gold” are country tunes treading the line between earnest tries at placing hijinks to the side and little more than a different variation of RiFF RAFF’s whacked out performance art.

Balloween is full of shiny objects that are a momentary distraction from the tail end of the presently horrific election cycle, as RiFF RAFF consistently extends the boundaries of what internet fandom allows a rapper to be. He succeeds at creating a mini spectacle with outlandish verses and constantly changing hair colors that command a response to his freak show narrative, but the problem is these shenanigans don’t make a statement that’s deemed overly insufferable by the masses. Instead, he’s merely an annoying niche act whose ongoing trolling has become almost completely devoid of humor (that is if there was ever anything worth chuckling at to begin with). As it stands, RiFF RAFF’s lack of restriction amounts to a running case study in just how low the bar has fallen with regards to public acceptance.