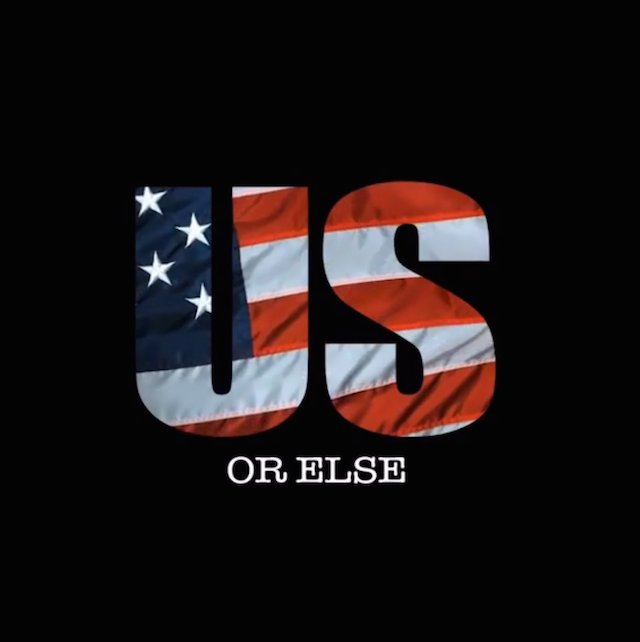 The outset of “War Zone,” found on the apex of T.I.’s latest EP, Us or Else, is sprinkled with carefree piano keys that could soundtrack a sunny, Mayberry day. Abruptly, the airy music is killed, with purposeful drums and keys, and T.I.’s impassioned rhymes taking its place. “Can’t you see we living in a war zone?/Guess you don’t know when you livin’ in it/Like every weekend it’s a man down/Ain’t got no pity for the innocent so I’ma represent it.” In concert with those four bars, Us or Else paints a vivid portrait of the injustices faced by Black America and incites a call to action in response to it.

It’s no secret Tip Harris has been busy off the mic, whether marching in a Black Lives Matter protest in Atlanta or voicing his opinion over Terence Crutcher, Eric Garner, and other unarmed black men killed at the hands of police. T.I. takes this approach to his music, marrying trap drums with a political message on the opener, “We Will Not.” He spits relentlessly over minimalistic but formidable production about refusing to take oppression lying down. “No we will not stand here in silence while they take the lives of our brothers and sisters and partnas/We will not turn a blind eye to the murder with no repercussions,” he articulates. This is not the crossover star whose talents were stretched angel hair pasta thin, attempting to please several audiences at once on Trouble Man: Heavy is the Head and Paperwork. T.I. is making the music he wants to make, and his zeal makes all the difference.

“Blackman,” featuring Quavo, Rara and Meek Mill is a bleak but vivid snapshot of what black men in America face by the guns of crooked officers. While Quavo muses over why cops unfairly target black men (“Is it because of my sneakers? Is it because of my jersey?”), T.I. comments on the hashtag that makes neo-bigots squirm at the computer screen: “We say Black Lives Matter, you say all lives/But y’all ain’t the ones getting hogtied,” he reasons. Meek, meanwhile, raps about facing opposition of a different kind: “That’s my nigga, I ain’t even wanna do it though/If I don’t do it, shit I know he gon’ do me though/Cause he broke and he trippin’ ’bout stupid hoes.”

Black-on-black violence nor his traphouse roots are not lost on T.I., either, as he puts misguided youth in check on “We Will Not” with wisdom like, “All you youngins out here in the streets only wanna shoot people who look like you/You can stay home, you too weak.” A record like “I Swear” benefits from cool woodwinds and breezy crooning to back his charismatic flow detailing past sins, however, not every song is sonically in pocket.

Tip’s sing-songy flow near the beginning of “Switchin Lanes” poorly suits him, while the third verse finds him abandoning the track’s melody to speed rap, briefly throwing the vibe off-kilter. The trap-inspired production on the hook of “40 Acres” combined with the hard-knock drums and piano-key bounce during the verses, divides the ranks and offers ear candy for both those with fists raised high and those who are more concerned with a sturdy track rattler opposed to the reparations the country never paid.

“40 Acres” is also memorable for its part because of Killer Mike’s blistering verse (“I’ma tell y’all what the ancestors shoulda done did when they seen the first boat comin’, yeah/Killed every man, child, woman, killed every damn thing on it/Killed everything if it looked European, send it back to the Queen like, hoe,” the Jewels Runner growls).

It’s that conviction that keeps the EP from being just a collection of obligatory anthems. When Clifford Harris flirts with being self-righteous, it’s his self-awareness that keeps him grounded. Us or Else is a commanding assortment of protest tunes strengthened by the passion of its composer.