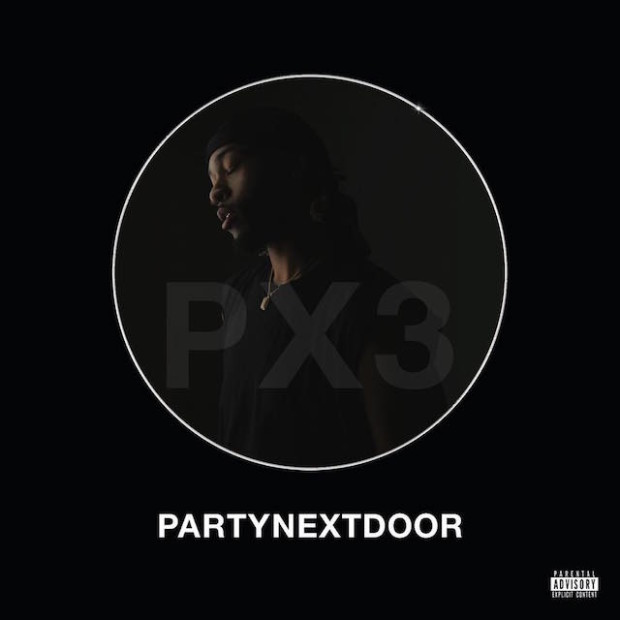 Between Kyrie, Kehlani and Kylie, PARTYNEXTDOOR has had his hands full with a lot of disheartening non-music related undertakings. Being caught up in a high-profile love triangle that resulted in a suicide attempt is presumably enough to make anyone a little low-spirited, hence why his newest offering, titled P3, is the most emotionally exposed Party has ever been.

From the opening of P3, it’s evident Drake’s trusted artist has really suffered some serious love and loss since his last musical endeavor. There are 16 tracks on the album, all of which follow a similarly broken man trajectory. What would have normally been an up-tempo, welcoming intro track is subbed out for “High Hopes” – a vividly eerie look into Party’s drug and lust absorbed current state of self. Copious talk of “losing his mind”, “needing bitches” and an acute paranoia revolved around “checking” the multiple women in his life dominate the album’s theme. In fact, most of the project deals with what appears to be incredibly strenuous relationships with all his female endeavours.

“Problems & Selfless” is the most obvious showing of heartache as Party so delicately sings “why be so selfish/What did I do to you/Selfish, selfless/I stay quiet for ya/You’d kill a bitch for me and blame it on love” and “Why so selfish when niggas only good to you/Cause if I don’t love you why don’t you want no one lovin’ me” are heavy lines for a guy who was rapping about how “pimped out” his Visa debit card is a mere two projects ago.

Mostly all the instrumentation is slow, pulsating and surprisingly minimalist; giving Party the platform to spill his heart out. There is no production team in the game right now that could rival that of OVO and Party takes full advantage as he gets Noah “40” Shebib to share his wizardry on the boards for a couple of the more downtempo tracks and Boi-1da handles the reggae vibes. The two dancehall inspired tracks are the most exciting parts of the album (even though they are both completely focused on more heartbreak) and will easily be the two most downloaded/streamed tracks by a mile. The reggae homage would normally come off as corny simply because it’s now trendy in Hip Hop, but Party comes by it honestly. The massive Caribbean influence in his hometown of Toronto has clearly propelled him to ramble off a variety of patois slang and cadences and luckily they sound unapologetically authentic. Look for both cuts to be playing the next time you go out for jerk chicken over rice.

Close OVO affiliates Nineteen85 and Sevn Thomas also helped bring Party’s sound to life on a few cuts. What may surprise listeners though is how much Party himself produces. Around half of the tracks on the album are noted as having the crooner himself laying down the sonic framework.

Although there aren’t any visibly weak or lackluster songs on the album, a lot of instances with Party repeating himself still run rampant. For example, “Temptations” and “Spiteful” could have very well been combined into one song instead of a split embryo. Both songs have identical BPMs, drum patterns and lyrics. Ultimately, the album sounds like a big blue run-on sentence. The only two tracks that shouldn’t be listened to on a rainy day is “Not Nice” and “Only U.”

P3 doesn’t totally live up to the hype due to the excess sadness rendering it a tad boring but at the very least it gives us an explicit snapshot of where OVO’s second-in-command is at emotionally.