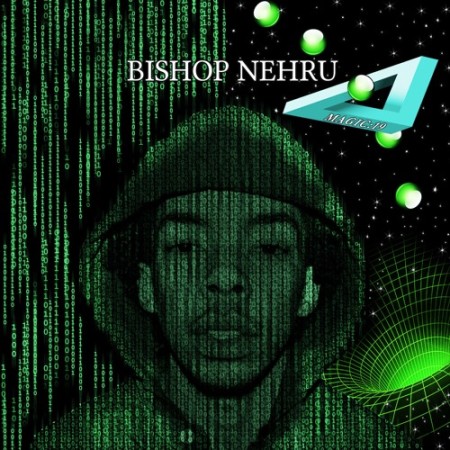 Bishop Nehru has the basic mechanics of rapping together, but the confusion of early adulthood has him failing to make strides in the rat race.

Youth culture centers around at least two concepts: constantly evolving energy (commonly known as the “cool factor”) that threatens to render embittered old heads out of touch, and a staunch refusal to embrace the mere thought of adult responsibility. Born the summer It Was Written, Reasonable Doubt and Stakes is High practically split Hip Hop into warring factions, thus far Bishop Nehru has met the dual goal of winning the hearts of adolescents while concurrently pleasing temperamental elders. This conscious decision to set his sights on both crowds has helped him avoid the brunt of ageism, but Nehru’s trajectory to date bears a stark resemblance to that of Pro Era’s captain Joey Bada$$, so much that it’s been worth questioning whether the game has room for their coexistence.

Where talent alone used to be enough for an MC to garner accolades, in recent years skill has taken a backseat in favor of gimmicks and nepotism based co-signs. Nehru wedged himself in the middle by making a whole world of Internet-bred rap upstarts froth at the mouth with his 2014 joint LP with DOOM, NehruvianDoom, as he aims to collect props devoid of collaborative crutches with Magic 19

Following a recently soured deal with Mass Appeal Records, Magic 19 finds Bishop Nehru facing multiple hurdles. Not only is he figuring out life on his feet while more than a year away from legal drinking age, there’s the uphill battle of distinguishing himself from the myriad of kids competing to occupy his lane. Opening with “Did I Find It”, Nehru makes it clear he’s determined to gain critical acclaim while breaking free of preconceived underground notions. Unfortunately, close adherence to antiquated clichés like “keep it real” and “stay true” had only brought him but so far, and most of his present attempts at reinvention are mediocre at best. Most glaringly, the lackluster “It’s Whateva” tries placing a more elite lyrical spin on today’s pestilent trap rhythms, but it just proves a lack of creativity, star power or current willingness towards innovation.

Primarily self-produced, Magic 19 Bishop Nehru experiments with how to best go about channeling the sounds of his generation. Striving to satisfy millennials is an undertaking with results that are hit and miss, as he makes missteps embracing methods outside of his traditionalist comfort zone. The annoyingly childish “Cake Up” departs from serious approaches with its fun and simple hook, but it’s hard to tell whether Nehru is throwing ideas at the wall here or trying his hand at satire. Points are to be rewarded for “Tu Tienes Que Saber (You Should Know)”, where he sneaks heartfelt messages into the all too prevalent “turn up” element, as well as the bouncy “$acred Visions” which is one of the few overly impressive examples of this updated formula. “How it Goes” ultimately reveals Bishop Nehru to be possibly insecure about his artistic compromises, as he cops pleas asking past fans to sympathize with the need for financial stability in lieu of being a starving artist.

Though a master of his own fate, Bishop Nehru struggles to change pace after painting himself into a corner and becoming championed by an audience yearning for a return to the old days. “Highs and Lows” best matches the project’s theme: once at a breaking point after being slept on, he’s rearranged his priorities to fit a more contemporary mold. While these calculated risks fall short of proving he’s seasoned enough for the big leagues, they may net him new believers completely unaware that he was formerly marketed to purists. Bishop Nehru’s choice to opt out of honoring Hip Hop’s glorious fabled past ends up a double-edged sword on this latest endeavor, but maybe it’s unrealistic to expect one with a still developing worldview to ride a consistent wave of self-actualization.