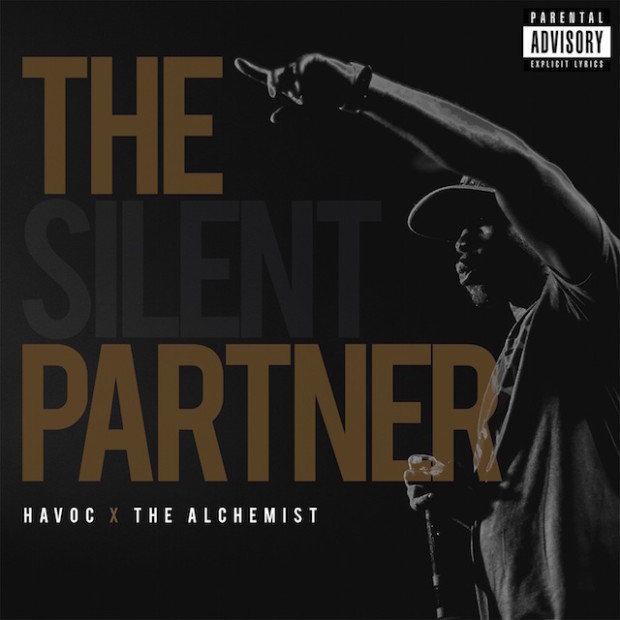 It’s been almost two decades since standout Hip Hop producer The Alchemist has been lending his sonic backdrops to Queens, NY rap legends Havoc and Prodigy, better known as Mobb Deep. It was always a match up that made perfect sense — Alchemist’s signature sinister sound was the ideal complement to the duo’s thugged-out lyrics telling of a Queensbridge houses lifestyle. It only makes sense that a complete collaborative effort with Alchemist and Havoc would come to fruition now, and what makes the duo’s The Silent Partner album additionally intriguing is the fact that Havoc, also a production force to be reckoned with, has the potential to contribute far more than rhymes. The question is, how has time aged the product that the two have been creating since their heyday of years past?

Luckily for their longtime fans, Havoc’s rhymes are still very much about that trife life, and Alchemist’s production still provides the appropriate accompaniment for what Havoc has to say. Features are sparse, and expected, limited to appearances from fellow New York City-based mainstays Prodigy, Cormega, and Wu-Tang Clan’s Method Man. The standout feature of the three belongs to Method Man on “Buck 50’s & Bullet Wounds” who comes correct with delivery and word play as he spits “it’s nada, I brought you change, no Obama, like four quarters, some rappers change for a dollar.” It’s all a success over a quintessential piano-driven Alchemist beat, accented by crisp snares. It’s also worth noting how seamlessly it flows into the following song, “Just Being Me,” another banger where Alchemist shines with a beat switch up mid-track that transitions into a synth-heavy instrumental interlude.

Also noteworthy is how Alchemist took time to make sure the entire album flows seamlessly, perhaps so much so that the oft-rapping beatmaker never chimes in with a single bar. Many times it hardly feels like a song is ending and another is beginning, which entices the listener to give it a serious listen, in order, from start to finish (although, oddly enough, the album closes with Mega’s verse; an interesting choice for the LP’s anchor). And Havoc, though lyrically, ever-so-slightly not what he was at his 90’s pinnacle, is feeding into his fanbase’s nostalgia of the 41st Side’s criminal underworld, with raps about stick ups, killing people, and “fucking your bitch like an ornament, she’s hangin’ from my balls” (on “Throw in the Towel”). The album’s other standouts include “Out the Frame,” where Alchemist takes a melodic riff suitable for a newborn’s lullaby and laces it with hard hitting booms and baps while Havoc waxes poetic about stacking paper, carrying firearms, and putting people to sleep permanently, all complete with as catchy of a hook as a gunshot-ridden tune could possibly have.

While it’s not the most innovating project around, The Silent Partner does exceedingly well at sticking to the formula and will live up its intended audience’s wishes, with realistic expectations taken into consideration regarding the inevitable passing of time and maturity, of course.