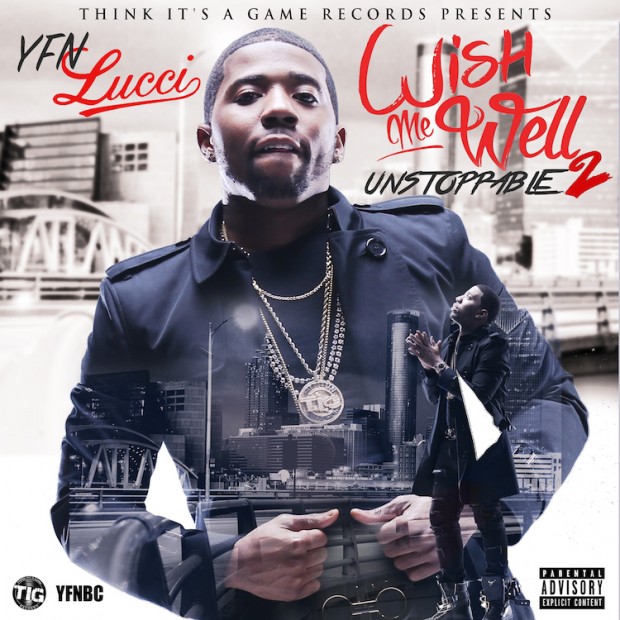 Late last summer, Think It’s A Game Records all but saw its hopes of becoming an independent powerhouse burst into flames when Rich Homie Quan became a very public deflector by way of lawsuit.

YFN Lucci isn’t being eyed as the label’s torchbearer but being surrounded by competitive talent has rubbed off the Atlanta upstart, who has earned himself a regional fanbase after releasing his retail debut underneath the T.I.G. awning in June 2015. With no real expectations and nothing but promise ahead, Lucci looks to continue on the upward buzz spiral with his new release, Wish Me Well 2.

Comparisons to RHQ don’t run as deep for YFN Lucci; they’re both rappers from Atlanta with handles on melody. But whereas his “Flex” brethren has been successful on winning at the crossover rat race, Lucci has his sights set on dominating the playlist for the plug and other factions of the trap. Unfortunately, his skills as a songwriter won’t differentiate his new tape from the loads of other projects currently crowding the space.

The operation start off well off enough on Wish Me Well’s 2 rollout where Lucci elaborates on his prefix title on “Young Fly Nigga (YFN),” accented with TM88’s piercing sound bite and frenetic drum hits. Likewise, the dual opener and lead single “Destined” (with Bigga Rankin) packs a trap punch and exemplifies all the best YFN Lucci has to offer: an energetic flow, detailed lyrics that revel in his ability to hustle for his family and his patented “Yeahhh yeah.” A couple of clicks downward, the content on “Woke Up (Boss)” would possibly summarize the entire LP (“Half of mill to myself/Made this shit myself/Louie V when I step/Bad bitch on my left/Walked in bought everything off the shelf”) if the Plies-featured “In a Minute” with its “beat-the-pussy-up” ethos didn’t fill in the blanks otherwise.

It’s just too bad “In a Minute” caps the diversity of Wish Me Well 2‘s subject matter at just track five as each ensuing track becomes a replica of the one before it. Eighteen songs in one sitting is a lot to soak in from any artist, and for a rookie like Lucci with minimal song making experience, the inexperience easily shows. “Like We Never,” with its detailing of fucking bitches on Persian rugs,” immediately becomes “In a Minute’s” horny little brother. And the host of slow-brewing beats from producers such as Young N Fly, OG Parker and Tino as Lucci continue to make it tough to decipher one track from the next. When your project closes with a 10-minute self-reflection (“Letter from Lucci”) there isn’t a need for standalone cuts that outline identical topics.

Rich Homie Quan pops up on the aforementioned finale but by then, fans will likely already have weeded out there favorites and ditched the rest. YFN Lucci definitely possesses the ability to become one of the more visible stars coming out of The “A” but it will take even more focus in the studio without exiting with every song he records.